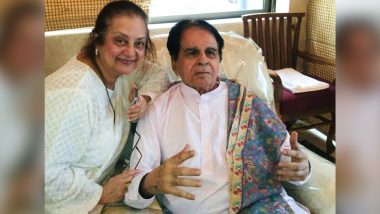 Dilip Kumar Health Update: Veteran actor of Hindi film industry Dilip Kumar has been admitted to PD Hinduja Hospital (Khar) in Mumbai for his regular health check-up on Sunday. It was told that he was facing difficulties in breathing, after which his wife Saira Banu took him to the hospital. After the hospitalization of Dilip Kumar, the news of his death went viral on social media.

After this, Saira Banu has completely denied these reports and tweeted stating the truth. Saira wrote on Dilip Kumar’s official Twitter handle, “Sir’s condition is stable. Please don’t believe WhatsApp forward. Thank you all for your prayers. According to doctors he will be home in 2-3 both. Insha Allah. “

Thank you for your heart-felt duas and prayers. As per doctors, he should be home in 2-3 days. Insh’Allah.

Saira Banu said in a conversation with a portal that Dilip Kumar was not feeling well for the past few days and he is also having trouble in breathing. Due to this, he was admitted to Non Kovid Hospital. Doctors are investigating about these things. With this, he has requested all the people to pray for his better health.

Ekta started her career by taking the name of Balaji, despite many controversies she is a super hit