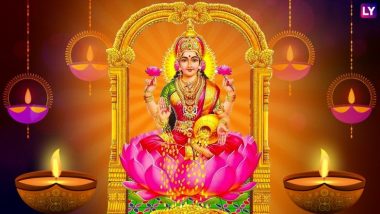 Lakshmi and Alakshmi: In Hinduism, people worship Maa Lakshmi as a symbol of happiness, peace and prosperity. In Indian religious scriptures, Lakshmi ji has been described as the wife of Vishnu-priya i.e. Shri Hari. Along with this, all the tales of the greatness of Lakshmi ji are described in religious texts. People worship Goddess Lakshmi with devotion and perform sacrifices according to their ability so that they can make material life happy by pleasing them. In Hinduism, from children to old age, we are aware of the glory of Mother Lakshmi, but do you know about Alakshmi? Who is Alakshmi after all? What is his glory and greatness? Know why people like to stay away from them.?

Difference between Lakshmi and Alakshmi

Alakshmi is the exact opposite of Maa Lakshmi. Mother Lakshmi brings wealth and splendor, while Alakshmi brings poverty. That is why people do all the worship-rituals to get Lakshmi, while making every effort to avoid Alakshmi. Maa Lakshmi loves sweets, while Alakshmi likes sour and bitter things. This is the reason why sweets are kept inside the house, while lemon and green chillies are hung outside the house. Being the sister of Maa Lakshmi, both Lakshmi and Alakshmi are accepted, but only Maa Lakshmi is welcomed. There are two forms of Lakshmi, one is Bhudevi and the other is Sridevi. Bhudevi is the goddess of earth and Sridevi is the goddess of heaven. Bhudevi showers gold and food, while Sridevi bestows power, prosperity and identity.

It is believed that Alakshmi resides in such a house, where there is filth, discord, poverty, unrighteousness, laziness etc. If there is wealth, loss, discord in the house despite the worship of Goddess Lakshmi, then it can be a sign that there is influence of Alakshmi in your house.

Do these things to get Lakshmi and avoid Alakshmi.

This artist’s unique artwork sold for lakhs of rupees, will not believe knowing

This Indian is famous all over the world by the name of blood man, who has donated 83 liters of blood

Pregnancy care: Take special care of these things during pregnancy, both mother and baby will be healthy