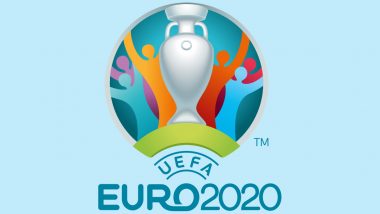 New Delhi: Amidst the Coronavirus, there was doubt about whether the European Football Championship, which was postponed last time, will be held this time as well. The good thing for football lovers is that Euro 2020 will start from June 11 as per the schedule. For the first time in the 60-year history of the tournament, the matches will be held in 11 different cities. Women’s World Cup 2019 Day 1: FIFA Women’s Football World Cup will start today in Paris, there will be a clash between 24 teams

Let us know that the rescheduled UEFA Euro 2020 will start from June 11 (12 June Indian time). A total of 24 teams will play 51 matches in this month-long competition. Each team will play three games in the group stages before the knockout rounds begin on 26 June. The UEFA Euro 2020 final will be played at Wembley Stadium in London on 11 July (12 July IST).

Initially, UEFA had decided to organize Euro 2020 in 12 cities. Later it was reduced to 11 cities. This time matches will be held in London, Glasgow, Copenhagen, Seville, Budapest, Amsterdam, Rome, Munich, Baku, Bucharest and St. Petersburg. The final of the tournament will be held at Wembley Stadium in London.

The Row Cup was to be held last year in 2020, but due to the corona virus epidemic, it had to be postponed for a year. This is the 16th edition of the tournament which started in 1960. The winning team will be given a prize money of Rs 3300 crore.

ICC WTC Final 2021: R Ashwin can achieve this special position in the final, just have to do this work 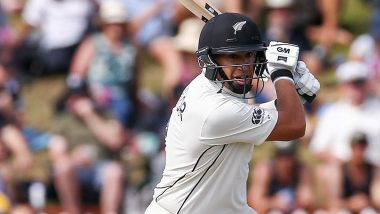 Southampton, 15 June: Veteran batsman Ross Taylor on Tuesday said that India have set a high standard in cricket and given their bench strength, their team will face a tough challenge in the final of the World Test Championship (WTC) starting June 18. . Taylor said in an online press conference, “If you look at the Indian team, there are all world class players. Some of the world class players will have to sit out in the players they will select. We know that the XI we will face will be very challenging.

He said, “India has been the number one team for a long time. Yes, we have played two Test matches here but it has been very challenging to play a match against India at home, overseas or at a neutral venue.” Taylor said that India’s team is very balanced and they have many options. He said, “Not only the batsmen but also the bowlers have been a great team for India for a long time. They beat Australia at home, which was great to see. 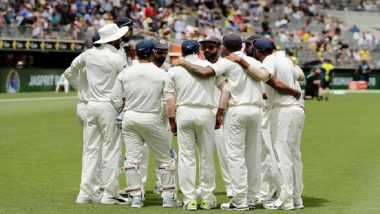 Southampton, 15 June: India on Tuesday announced its 15-man squad for the World Test Championship (WTC) final against New Zealand at the Ageas Bowl from Friday. The New Zealand team has also announced its team for the WTC final on Tuesday itself. The BCCI announced the team on Twitter on Tuesday. The board has kept two wicketkeepers in the 15-member team in the form of Rishabh Pant and Wriddhiman Saha. Apart from this, Ravichandran Ashwin and Ravindra Jadeja have also been included in the team.

Mayank Agarwal, Axar Patel, Washington Sundar, Shardul Thakur and Lokesh Rahul have been left out of the squad selected for the WTC. Of these players, Patel and Sundar were part of India’s previous Test squad, which was played against England in Ahmedabad in March.

London, 15 June: The 15-member Indian team for the final match of the ICC World Test Championship has been announced today. The command of the team is in the hands of Virat Kohli. At the same time, Ajinkya Rahane will play the responsibility of vice-captain. Apart from this, two wicketkeeper players have been selected in the team. The names of young Rishabh Pant and veteran Wriddhiman Saha are registered in this.