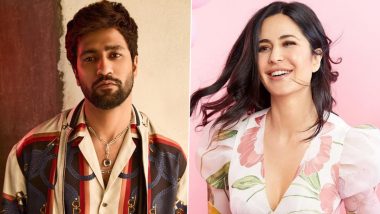 For a long time, news has been read in the media about the relationship between Vicky Kaushal and Katrina Kaif. However, this couple never accepted these things in the media. Vicky and Katrina have been spotted many times together by the media during public events and outings. On one hand, while both of them are keeping silent about their relationship, an interesting information has come out about them.

Recently, on Vicky’s birthday, Katrina posted a throwback photo of the actor and wrote on Instagram, “Happiest birthday Vicky Kaushal. Keep smiling like this.” It is worth noting that in April, both Vicky and Katrina were found to be Kovid-19 positive, after which their report came negative for some time.

‘India’s Got Talent’ will soon have a grand debut on TV, will Kirron Kher be seen?