The most shocking suicide in Bollywood, number three still remains a mystery even today!

Very few people have tasted success in the world of cinema. The stories of actors, actresses and actresses who have committed suicide due to depression, trauma and other reasons, reveal that glamor and dazzle in the industry is only a facade. Here we have for you a list of the most shocking suicides in Bollywood.

Sushant was an actor who could make any film a super hit on his own performance, but this very best actor hanged himself in his house in Mumbai on 14 June 2020, the reason for his suicide has been attributed to his depression. , Sushant started his film career in the Bollywood industry, leaving the TV industry from the film Kai Po Che, where he was also successful.

Jiah Khan is a British American actress who started her career in Bollywood with the film Nishbad, where she appeared with Amitabh Bachchan. Jiya committed suicide by hanging herself in her home in Juhu, Mumbai on 3 June 2013.

Divya Bharti was a rising Bollywood actress, but she died suddenly in 1993, at the age of just 19, at the beginning of her career. She was found dead after falling from the window of her home flat. Some say it was suicide due to a broken heart and some say that she had just fallen. But the mystery still remains

Kushal Punjabi was an Indian film and TV actor who committed suicide in his home in Mumbai, the cause of his death was also reported to be depression. Kushal did not write much in his suicide note. Kushal worked in films such as Lakshya, Kaal, Salame-e-Ishq and Dan Dana Dan Gol in his film career. 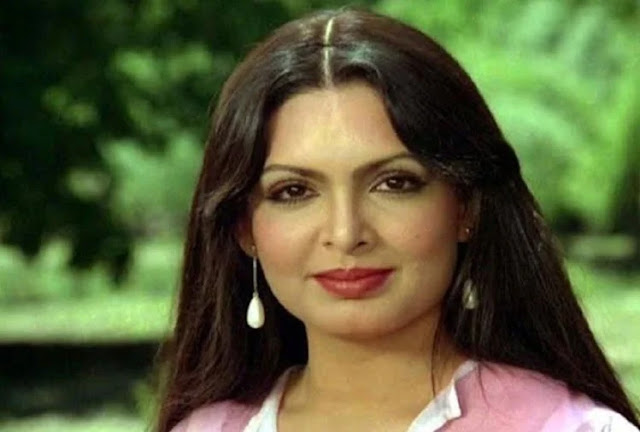 In 2005, actress Parveen Bobby was found dead in her apartment. Parveen used to live alone in her house and in her loneliness she went away saying goodbye to this world forever. It was revealed after neighbors complained that she did not come to get newspapers and milk from her door. Parveen, who was struggling with diabetes, had apparently killed herself.

Riya Chakraborty has been accused of money laundering since the death of Sushant Singh Rajput. The case is now being handled...
Read more
TELEVISION

Mahesh Babu will not celebrate his birthday this time due to Corona, information given to fans

Mahesh Babu, the superstar of South films, will not celebrate his birthday this time due to Corona virus epidemic. Mahesh Babu has given...
Read more
TELEVISION

The weather has changed in Mumbai for the last two days and Mumbai is getting wet due to rain. In such a situation,...
Read more
TELEVISION

Riya Chakraborty used to give Sushant an overdose of drugs, Bihar police affidavit in Supreme Court

2 mins ago entertainment 0 viewsNew revelations are happening in the Sushant Singh Rajput case. Now news has come out that Sushant was being given...
Read more

© Copyright © 2020 Ampinity News. All Rights Reserved.
We use cookies to ensure that we give you the best experience on our website. If you continue to use this site we will assume that you are happy with it.OkPrivacy policy