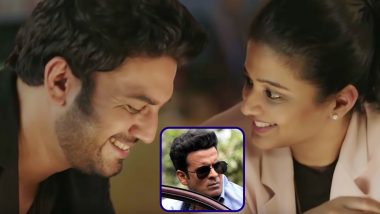 The Family Man 2: Raj and DK’s Amazon Prime series ‘The Family Man 2’ was released recently and surely it has lived up to the expectations of the audience. The second part of this series by Manoj Bajpayee and Samantha Akkineni also entertained the audience and critics a lot and won their hearts. In the show, the ups and downs going on between the personal and professional life of Manoj Bajpayee, who became Shrikant Tiwari, were presented well.

In the show, South actress Priyamani played the character of Mano Bajpayee’s wife List. According to the story, List, who has lost interest in her married life, falls in love with Sharad Kelkar aka Arvind. She also goes to Lonavala with her in connection with her work, about which fans are speculating a lot.

Now Manoj Bajpayee has broken his silence regarding this popular scene. In his earnest note to Peeping Moon, the actor said, “Srikanth is not even aware of this. You have seen and know a lot. Srikkanth was not there. For Srikkanth, he knows only one thing and that is it.” That he is not happy with his married life. He is trying to make them understand his point so that the whole family can live together. Whenever she talks about him, she looks scared.”

Earlier, the show’s makers Raj Nidimoru and Krishna DK had accepted the statement that ‘what happened in Lonavala’? Due to not lifting the curtain from this scene, he may have to bear the displeasure of the audience. He also had no idea that this scene would also become so popular among the people. He had said that until Srikkanth does not come to know about his wife in the show, the audience cannot know about it.