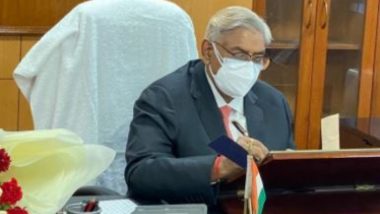 National Human Rights Commission: Justice Arun Kumar Mishra, who has retired from the Supreme Court, took over as the chairman of the National Human Rights Commission. He has been appointed by Ramnath Kovind on the basis of the recommendation of the Presidential Selection Committee. The chairman of this committee is Prime Minister Narendra Modi. Home Minister Amit Shah, Lok Sabha Speaker Om Birla, Rajya Sabha Deputy Speaker Harivansh and Leader of Opposition in Rajya Sabha Mallikarjun Kharge are also included in this selection committee.

Earlier, Justice HL Dattu was holding the charge of the chairman of the National Human Rights Commission. The post of chairman in the NHRC was vacant after he retired in December. Three former Chief Justices were also shortlisted for this post, but the committee approved the name of Justice Arun Kumar Mishra. Let me tell you, Justice Arun Kumar Mishra had retired in September last year.

was born in a lawyer family

The current chairman of the National Human Rights Commission was born in a lawyer family. He did his graduation in science and then got a law degree. He started his career as a lawyer in 1978. In 1998-99 he became the youngest President of the Bar Council of India. Also read: Big brainstorming of BJP in UP, emphasis on social concerns, there will be unity among workers

Reach Supreme Court after promotion in 2014

Justice Arun Kumar Mishra took charge as a judge of the Madhya Pradesh High Court in October 1999. He then served as the Chief Justice of the Rajasthan High Court in 2010 and then the Calcutta High Court in 2012. After this he came to the Supreme Court on 7 July 2014 after receiving the promotion.

What is National Human Rights Commission?

Uttar Pradesh: An angry man took a horrifying step for not serving salad with food, arrested for killing his wife 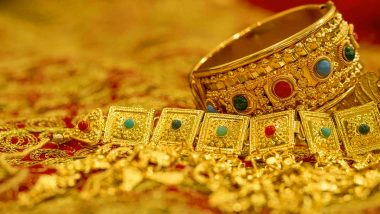 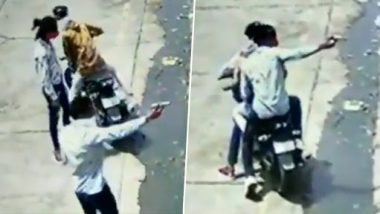 Telangana government has decided to cancel the 12th examination for the academic year 2020-21.

The state government has decided to cancel the class XII examination for the academic year 2020-21.

State Govt decides to cancel Class XII exam for academic yr 2020-21. Results to be declared on the basis of pre-determined objective criteria. Secretary, Board of Intermediate Examination is directed to issue orders for promoting all Class XI students to Class XII: Govt of Telangana