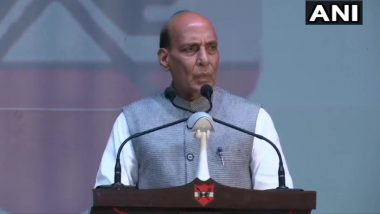 New Delhi, June 13 : Defense Minister Rajnath Singh has approved a budget of about Rs 499 crore for research and innovation in the defense sector for the next five years. The Defense Ministry said on Sunday that this fund will be used to provide financial assistance to about 300 startups, small, small and medium industries (MSMEs) and individual innovators to achieve the goal of self-reliance in the defense sector. The plan is part of the government’s effort to reduce imports of military equipment and weapons and make India a hub for defense manufacturing.

“Defence Minister Rajnath Singh has approved a budget of Rs 498.8 crore for Defense Excellence Innovation (IDEX)-Defence Innovation Organization (DIO) for the next five years,” the ministry said in a statement. The main objective of the DIO is self-reliance and indigenization in the defense and aeronautical sector. “The scheme with a budgetary support of Rs 498.8 crore for the next five years is aimed at providing financial assistance to around 300 startups/MSMEs/individual innovators and 20 partner organizations under the DIO framework,” the ministry said. Also read: Senior Uttarakhand Congress leader Indira Hridayesh passes away, CM Rawat expressed grief

It said the DIO would help in creating a medium for innovators to interact with the Indian defense production enterprise.

“This scheme will help the Indian defense and aeronautical sector to rapidly develop innovative, indigenous and innovative technologies to meet their needs in a short span of time,” the ministry said. To make the center of production many corrective steps have been taken and many initiatives have been initiated. 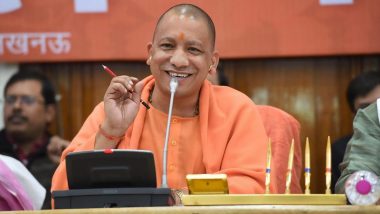 A full bench of Electricity Regulatory Commission Chairman RP Singh, members KK Sharma and VK Srivastava, filed Annual Revenue Requirement (ARR) for 2021-22 on behalf of the power distribution companies of the state, Annual Performance Review of 2020-21, 2019-20. On Thursday, while giving its verdict on the truth-up (difference between approved and actual expenditure) and slab change petition, issued a tariff order.

The special thing is that this year also, the liability of consumers of about Rs 1059 crore has come out on the power companies claiming regulatory assets of more than Rs 49 thousand crore. In the current government so far, electricity rates have been increased only once in the year 2019-20.

The Uttar Pradesh Electricity Regulatory Commission rejected all the arguments of the power companies and ruled on Thursday to keep them unchanged while not increasing the current rates of electricity. The commission has also not considered the proposals for imposition of 10-12 percent regulatory surcharge of companies and change of slabs. In such a situation, there is not going to be any additional burden on the pockets of electricity consumers, at least till the next year’s assembly elections.

In fact, the five power companies had filed ARR (Annual Revenue Requirement) of Rs 81,901 crore with the regulatory commission for the current financial year 2021-22. These companies had not made any proposal to increase the electricity rate on their behalf, but had shown a revenue gap of Rs 9663 crore, for which they were seeking an increase in electricity rates. Since only a few months are left for the assembly elections, it was already believed that the electricity rates will not increase now.

Chief Minister Yogi Adityanath had also announced not to increase electricity rates. In such a situation, the power companies tried to collect more from the consumers through other avenues, but the commission scuttled their plans. The companies, showing regulatory assets of Rs 49,827 crore, not only submitted a proposal to the Commission to levy regulatory surcharge up to 10-12 percent, but also proposed to reduce the existing 80 slab to 53, so that earnings can be increased.

The Uttar Pradesh State Electricity Consumer Council, accepting the objection with legal facts on the proposals of the power companies, has given a big relief to the consumers by reducing the ARR by Rs 9938 crore as well as rejecting the proposals for surcharge and slab change. Not only this, giving a big blow to the power companies, the commission has removed the surplus of Rs 1059 crore of consumers on them, due to which there is little scope for increase in electricity rates in the next financial year as well.

In the tariff order announced by the commission’s chairman RP Singh, farmers have also been given a big relief in the tubewell bill. Now even if the meter is going to be installed in the tubewell connection, but the farmers will not have to pay the electricity bill according to the consumption readings recorded in the meter. Considering such connections of farmers as unmetered, electricity bill will be charged from them at the fixed rate of Rs 170 per horsepower.

Awadhesh Verma, president of Uttar Pradesh State Electricity Consumer Council, says that his fight has resulted in a big victory for the electricity consumers. However, to give further relief to the consumers during the Corona period, the government and the Power Corporation have not accepted the tariff proposal to reduce their electricity rates.

Verma clearly says that the rate of electricity should not remain the same, but should be reduced. Electricity is still expensive in Uttar Pradesh compared to many other states. UP ranks second among the five states with costly electricity.

Bihar | Katihar Mayor Shivraj Paswan was shot at by unknown miscreants. He succumbed to injuries while rushing to the hospital. pic.twitter.com/UDfqJFgQxj 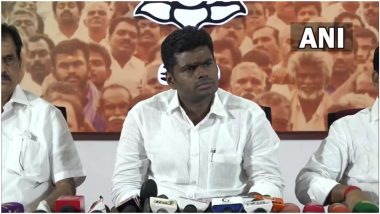 Basavaraj Bommai, who became the new Chief Minister in Karnataka just two days ago, seems to be embroiled in a new controversy. In fact, Basavaraj Bommai has talked about the construction of Mekadatu Dam in the state as soon as he became the Chief Minister. Due to this, politics in Tamil Nadu got heated to such an extent that Tamil Nadu BJP President K Annamalai has threatened to fast the Basavaraj government despite being from the same party. Tamil Nadu BJP President K Annamalai said that we will fast on 5th August against the Basavaraj government of Karnataka.

Actually Mekedatu Dam is to be constructed in the Cauvery Delta region. This currently remains the biggest dispute for Karnataka and Tamil Nadu. In the Cauvery delta region of Tamil Nadu, farmers and agricultural laborers had protested fiercely against the initiative to build a reservoir on the river Kaveri in Mekedatu, Karnataka in the past.

During this, the protesters also demanded the Modi government to stop the proposed project and appoint a permanent chairman of the Cauvery Water Management Authority. In this movement, the farmers’ organization Tamil Nadu Vivasaigal Sangam of the Communist Party of Marxist and the All India Vivasay Tozhilar Sangam, the agricultural workers’ organization, jointly demonstrated.

In this case, the Tamil Nadu government says that Karnataka should follow the Supreme Court’s order that no obstruction can be allowed in the free flow of the Cauvery river, which is a part of the people living in the delta region. It is the main source of water for the farmers.

Let us inform that the total cost of Mekedatu Dam project is Rs 9,000 crores. This dam project is to store and supply drinking water to other areas of Karnataka including Bangalore. At the same time, a target of about 400 MW of electricity has also been set through this project. It was first approved by the Karnataka State Government in the year 2017. At the same time, the detailed report of the project has already been approved by the Ministry of Water Resources.

Let us tell you that Tamil Nadu is the biggest obstacle in the way of Karnataka’s Mekedatu project. In fact, the Tamil Nadu government filed a petition against this project in the year 2018 against the Supreme Court in New Delhi and challenged the project. Tamil Nadu argues that the Central Water Commission has ignored the court’s order. In an all-party meeting held earlier in this matter, the opposition AIADMK wanted the state government to settle all matters related to Mekedatu dam with contempt of court proceedings.