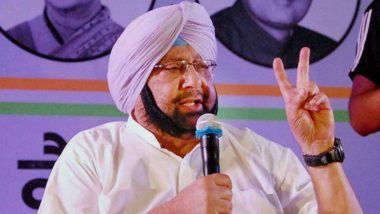 Chandigarh: The uproar in the party against Punjab Chief Minister Captain Amarinder Singh continues. The Punjab Congress’s top leadership panel is continuously meeting the state leaders to quell the ongoing internal discord. The round of meetings is going on in Delhi regarding this political stir. Meanwhile, Punjab Chief Minister Captain Amarinder Singh is expected to meet a three-member panel set up by Congress President Sonia Gandhi to sort out infighting in the party ahead of next year’s assembly elections in the state. Posters showing the disappearance of Navjot Singh Sidhu in Amritsar, the finder will get a reward of ₹ 50,000.

Earlier on Wednesday, the committee constituted with the aim of removing the ongoing discord in the Punjab unit of Congress met many MPs and former state presidents of the state and took their opinion. Appearing before this committee, about 80 Congress leaders of the state have made their point. Most of them are MLAs.

Let us tell you, in the recent few weeks, there has been a sharp rhetoric between Chief Minister Amarinder Singh and Navjot Singh Sidhu. Some other leaders of the State Congress Committee, including MLA Pargat Singh, have also opened a front against the Chief Minister.

At the same time, Sidhu made many allegations against Captain Amarinder Singh. He accused the captain of protecting the Badal family in the Guru Granth Sahib sacrilege and police firing case. Along with this, he also accused the CM of complicating the investigation of the Kotkapura firing case.

Sidhu has even alleged that the Captain wanted to save the real culprits and was working with Shiromani Akali Dal. Amarinder Singh, however, has denied the allegations and openly challenged Navjot Singh Sidhu, demanding action against him for indulging in party indiscipline.

The top leadership of Congress wants to take Sidhu forward, while Sidhu’s dispute with CM Amarinder is increasing continuously. Now it has to be seen where this discord of Punjab Congress ends.

Jammu Kashmir: Found piles of money in the hut of an elderly woman begging, people tired of counting, pictures viral 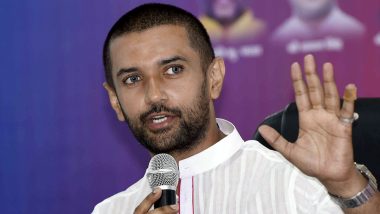 Patna, June 17 : Lok Janshakti Party leader Pashupati Kumar Paras on Wednesday challenged the disqualification of Chirag Paswan’s election of him as the leader of the party’s parliamentary party, claiming it is in accordance with the party’s constitution. Paras, who reached Patna for the first time after a political coup in LJP, while talking to reporters at the party’s state office, targeted Chirag, saying that LJP has the principle of one leader-one post and on this basis, Chirag was elected as the party’s national president yesterday. removed from. Chirag had rejected the decisions taken by the faction led by his uncle Pashupati Kumar Paras, saying that the party’s constitution does not give him the right to do so. To this Paras said, “The things that Chirag has said are completely wrong. What happens to the party’s parliamentary board when the Speaker of the Lok Sabha has declared me the leader of the party in the House?

He said, “Chirag was simultaneously holding the post of President of the party’s Parliamentary Board, Leader in the House and National President of the party which was completely wrong. We have fixed it. There is a clear mention of one leader one post in the party constitution.” He said that Suraj Bhan Singh has been made the party’s working president and the national president will be elected in the party meeting at Singh’s residence on Thursday. Earlier, Paras was welcomed by hundreds of his supporters on reaching Patna airport along with Suraj Bhan Singh. On reaching the party office, Chirag’s supporters showed him black flags and raised slogans against him. But the policemen present there controlled the situation, however, even before Paras reached the state party headquarters, his supporters removed the posters of the lamp from there. Interestingly, both the factions of the LJP claim to be supporters of the BJP-led NDA, but the NDA constituents BJP and JD(U) have not said anything so far. Also read: After conquering Tamil Nadu, CM Stalin will meet PM Modi for the first time today

BJP state president Sanjay Jaiswal refused to comment on the turmoil within the LJP, terming it an “internal matter” of the party. That Chirag being the national president of LJP is authorized to take any action including expulsion of party MPs. He said that Paras can be accepted as the leader of the breakaway faction of LJP but not as the leader of the party. He alleged, “It appears that both BJP and JD(U) have conspired to eliminate their junior ally.” At the same time, Shivanand Tiwari, an old aide of LJP founder late Ram Vilas Paswan and national vice president of RJD, said, ” ‘LJP’s twigs were cut, but its root and stem are the lamp of Ram Vilas Bhai.” 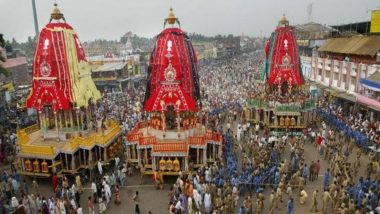 Puri, 17 June : The famous Jagannath Temple of Puri will open for the public on July 25. This information was given by the authorities on Wednesday. Chief Administrator Krishna Kumar said that this decision was taken in the meeting of Shri Jagannath Temple Administration (SJTA). He said the temple was closed for devotees till June 15, which was extended till July 25. The temple will be open to the public two days after the completion of the Rath Yatra festival. Lord Balabhadra, Goddess Subhadra and Lord Jagannath will return to the temple on July 23 after the nine-day Rath Yatra festival. “The devotees will get an opportunity to enter the temple after two days,” he said.

However, the SJTA will meet again on July 24 or 25 and will take a decision on allowing the public depending on the prevailing situation, Kumar said. Snan Yatra (bathing festival) on June 24 and Rath Yatra on July 12 will be conducted without devotees as per the decision of the state government, following the COVID-19 guidelines. Kumar said that the Rath Yatra would be done in the presence of security personnel with the participation of the servicemen. He said that the servants participating in the festival will have to submit a certificate of both the doses of vaccination or a Covid negative report. Also read: Bihar COVID-19 Update: Corona slowed down in Bihar, no more than 50 infected were found in any district

District Magistrate Samarth Verma said that prohibitory orders would be enforced in Puri during the festival. The SJTA in a separate meeting also decided to constitute two committees to cover the eight gates of Jagannath temple with silver lining. One of them will be the Technical Committee and the other will represent the Sewadars. Kumar said that a donor would provide silver. Kumar said around two tonnes of metal is likely to be used.