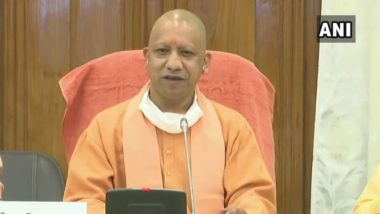 Lucknow, June 2: In UP, the initiative of the elderly, who are separated from their loved ones and forced to live on the road and pavement, is proving to be very helpful. On getting information on the toll free helpline number 14567 started in UP under ‘Project Elderline’, many such people are being helped every day. Under this scheme, work is being done to take care of the elderly, to provide them timely treatment and also to give emotional support. Under this, not only the safety of the elderly is being taken care of, but work is also being done to protect them from disease. Also read: PM Modi congratulated Telangana Statehood Day, said – the state is blessed with a unique culture and hardworking people

This facility has been implemented in UP from May 14. Every day 80 to 90 calls are coming from different districts to the needy. The elderly are being assisted through call centers from eight in the morning to eight in the evening. Quick redressal of queries related to physiotherapy, health related, mental health related problems and complaints as well as information on legal issues is also being done on the toll free helpline. This project is being operated with the help of Tata Trust and NSE Foundation.

On the instructions of the Chief Minister, the toll-free helpline is giving great support to senior citizens in 75 districts of UP in providing health services and measures to prevent disease. During the epidemic in the state, the helpline 14567 is providing other facilities including providing treatment and medicines to the needy elderly.

An elderly woman suffering from hunger in Kasganj got help from the old age home. A 70-year-old elderly woman suffering from hunger on the roadside in Panchayat Bagh of Kasganj got help from Alderline. People informed about the plight of the woman by calling the Kovid-19 toll free helpline 14567, after which the field response leader reached the spot, with the help of police and Tehsildar, took the elderly woman to the old age home. To check for corona infection, her antigen test was done in which she was found negative. Also read: Big brainstorming of BJP in UP, emphasis on social concerns, there will be unity among workers

Chandausi, who came to meet her daughter from Khatima in Uttarakhand, was refused by the daughter to come to the house, after which she remained lying at the Chandausi bus stop. After getting a call on the helpline, the Elderline team helped him. The elderly man has been an ex-serviceman and he named his name as Mahesh Kumar Rastogi. The team that came to rescue, with the help of 112 more PRV, fed the elderly person and helped him to reach his home in Uttarakhand.

During the Corona period, UP has become the first state in the country to provide emotional support, health and legal assistance to the elderly. The Yogi government with the help of the Ministry of Social Justice and Empowerment has effectively implemented the scheme of the Government of India in Uttar Pradesh. Under Project Elderline, the concerns and grievances of the elderly are being addressed.

Patna, 24 : A woman from Aurangabad district of Bihar has filed a complaint with the local police alleging that a tantrik raped her repeatedly in her dream. The woman, a resident of Gandhi Maidan area of ​​Kudva police station, had contacted tantrik Prashant Chaturvedi in January this year, as her son was seriously ill. At the behest of the tantrik, the woman had done the ritual process of tantra-mantra for the recovery of her son, but her son died after 15 days.

Kudva police station SHO Anjani Kumar said, after the death of her son, the woman went to the Kali Bari temple, where Chaturvedi lives, and asked her to explain how her son died. The woman alleged that Chaturvedi tried to rape her, but her son ‘saved’ her. He said that at that time the woman had not complained to the police. She further alleged that Chaturvedi has been coming in her dreams since then and repeatedly raping her. Also read: Big statement of Union Minister Santosh Gangwar, women can now work even at night

Ranchi, June 24 : Jharkhand’s Agriculture, Animal Husbandry and Cooperation Secretary Abu Wakkar Siddiqui has directed all the District Animal Husbandry Officers and District Gavya Development Officers of the state to implement 100 percent of the Chief Minister’s livestock scheme. Siddiqui gave these instructions during the review of the schemes implemented by the department through video conference on Wednesday. He has asked to take strict action against the officials who are lax in this work.

At the same time, on the occasion of Hool Day on June 30, under the Chief Minister Pashudhan Yojana, he asked to distribute the materials to be distributed among the beneficiaries in the presence of local public representatives and videography of the entire program. The Agriculture Secretary directed the officers to complete the target of artificial insemination of milch animals by July 31 and upload it on the Government of India portal. Also read: COVID-19: Vaccination priority for mothers of young children: Mamata Banerjee

At the same time, he also directed to operate 3000 new centers in addition to 1500 artificial insemination centers currently functioning. Apart from this, while constituting a technical committee from the directorate level for the establishment of Go Muktidham, he directed to prepare a detailed proposal and make it available to all the district level officials.