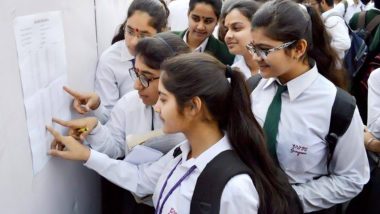 Significantly, CBSE has constituted a 13-member committee to decide the formula for the 12th board results. The committee will submit its report in 10 days. After the high-level meeting held on 1 June, Prime Minister Narendra Modi announced the cancellation of the 12th board examinations. According to the Union Education Ministry, students who are not satisfied with the marks obtained from the objective criteria set, will be given the option to appear in the examination after the situation of corona virus becomes normal. If the students do not find the basis of the evaluation criteria correct or It seems that but they have got less marks, so they can give exams. Also read: Delhi University: Online ‘open book exam’ started in Delhi University

According to CBSE Board Secretary Anurag Tripathi, students who are not satisfied with the evaluation criteria can appear for the examinations. However, the examinations will be held only after the situation becomes normal. Earlier, the CBSE board has also extended the deadline for uploading the marks of class X students. To prepare the result of class X, the schools had to complete this work by June 5. CBSE’s Controller of Examinations Sanyam Bhardwaj issued a directive saying that the details of the marks that the school will give to the students will now have to be submitted to CBSE by June 30, 2021. The last date for submission of internal assessment marks has also been fixed as 30 June 2021.

Patna, 24 : A woman from Aurangabad district of Bihar has filed a complaint with the local police alleging that a tantrik raped her repeatedly in her dream. The woman, a resident of Gandhi Maidan area of ​​Kudva police station, had contacted tantrik Prashant Chaturvedi in January this year, as her son was seriously ill. At the behest of the tantrik, the woman had done the ritual process of tantra-mantra for the recovery of her son, but her son died after 15 days.

Kudva police station SHO Anjani Kumar said, after the death of her son, the woman went to the Kali Bari temple, where Chaturvedi lives, and asked her to explain how her son died. The woman alleged that Chaturvedi tried to rape her, but her son ‘saved’ her. He said that at that time the woman had not complained to the police. She further alleged that Chaturvedi has been coming in her dreams since then and repeatedly raping her. Also read: Big statement of Union Minister Santosh Gangwar, women can now work even at night 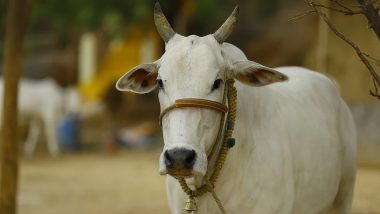 Ranchi, June 24 : Jharkhand’s Agriculture, Animal Husbandry and Cooperation Secretary Abu Wakkar Siddiqui has directed all the District Animal Husbandry Officers and District Gavya Development Officers of the state to implement 100 percent of the Chief Minister’s livestock scheme. Siddiqui gave these instructions during the review of the schemes implemented by the department through video conference on Wednesday. He has asked to take strict action against the officials who are lax in this work.

At the same time, on the occasion of Hool Day on June 30, under the Chief Minister Pashudhan Yojana, he asked to distribute the materials to be distributed among the beneficiaries in the presence of local public representatives and videography of the entire program. The Agriculture Secretary directed the officers to complete the target of artificial insemination of milch animals by July 31 and upload it on the Government of India portal. Also read: COVID-19: Vaccination priority for mothers of young children: Mamata Banerjee

At the same time, he also directed to operate 3000 new centers in addition to 1500 artificial insemination centers currently functioning. Apart from this, while constituting a technical committee from the directorate level for the establishment of Go Muktidham, he directed to prepare a detailed proposal and make it available to all the district level officials.