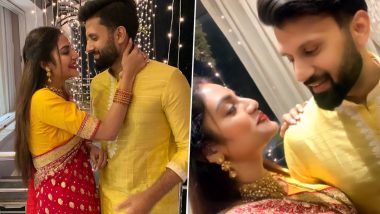 Famous actress of Bengali films and TMC MP Nusrat Jahan has come in a lot of discussion about her personal life. Describing water marriage with Nikhil Jain as unworthy, he said that it can only be called relationship or live in relationship. After this statement of the actress, there was a stir between her fans and all her fans. People were stunned to hear his statement. Nusrat and Nikhil married in Turkey in 2019, in which the rift is now visible.

Nusrat clearly distanced herself from Nikhil, saying that their marriage is not legally valid and therefore the media or anyone should not question her decision. The actress had alleged that Nikhil was using her money without her permission and was wrongly tampering with her account.

Now after all this controversy, Nusrat posted her photo on Instagram and wrote, “I will not be remembered as a woman who kept her mouth shut… and I don’t care.” After reading this post of the actress, people are trolling her while commenting on it.

One user wrote, “Here everything goes. Now I will have a destination wedding, throw a big party and then call it live in.” While another user wrote, “You are wrong so you should keep your mouth shut.” Similarly, people are expressing their displeasure towards his decision by commenting on his post.

Nusrat had issued a statement regarding her marriage, saying, “As per the Turkish Marriage Regulation, this marriage is void as I am on foreign soil. It is an inter-faith marriage and for this it is recognized in India under the Special Marriage Act.” Which has not happened. As per the law, it is not a marriage but a relationship or a live in relationship. So there is no question of divorce. We got engaged long back but to keep our personal life private For that I kept silence.”

Rakhi Sawant Net Worth: Rakhi Sawant is the owner of crores of assets, you will be surprised to know