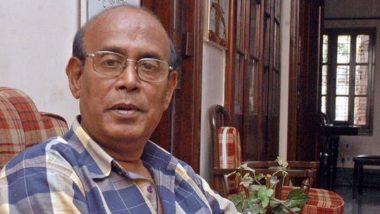 Kolkata, June 10: Eminent film director Buddhadeb Dasgupta died at his residence here on Thursday morning after suffering from kidney ailment due to a heart attack. He was 77 years old. He is survived by his wife and two daughters from his first marriage. Family members said that Dasgupta’s wife Sohini noticed at 6 am at their residence in Kalikapur area in the city that there was no movement in Dasgupta’s body. He told that he had a heart attack in his sleep.

Dasgupta was known for presenting stories in an interesting way, often engaging in investigations into complex human characters and posing touching questions. His political ideology was well reflected in his cinema. Many of his poems have also been published.

On the death of the well-known director, tributes were paid to him from all over the country. The Prime Minister also expressed grief over his death. Modi tweeted, “Saddened by the demise of Buddhadev Dasgupta. His diverse works touched the hearts of all sections of the society. He was also a famous thinker and poet. My condolences to his family members and loved ones in this hour of grief.

Expressing condolences to the director’s family and friends, West Bengal Chief Minister Mamata Banerjee tweeted, “Saddened by the passing away of eminent filmmaker Buddhadeb Dasgupta. Through his work, he made cinema unique. His death is a big loss to the film community.”