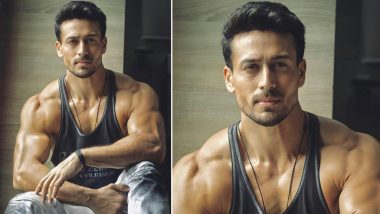 FIR Filed Against Tiger Shroff: A case has been registered against Bollywood actor Tiger Shroff for violating the rules of the epidemic for roaming around in a public place without any valid reason. A Mumbai Police official gave this information. Police said that there is a ban on people roaming around in Mumbai after 2 pm without any reason, but despite this, Shroff was found roaming near the Bandra bus stand till evening.

The officer said that a case has been registered against them under section 188 of the Indian Penal Code. As per the E-Times report, a police team found Tiger Shroff while walking in the Bandstand area. When he was questioned about this, he could not give any proper answer, after which the police took all his information and registered a case against him under section 188.

Because it was a bailable section, he was not arrested in this case. Talking about the work front, Tiger was last seen in Ahmed Khan’s film ‘Baaghi 3’ opposite Shraddha Kapoor. Riteish Deshmukh and Ankita Lokhande also worked in this film. Now he will soon be seen in ‘Heropanti 2’ opposite Kirti Sanon. With this, he will be seen in the film ‘Ganpat’.

(With Inputs from Bhasha)

England Tour: Anushka Sharma spots her daughter Vamika on her chest at the airport, husband Virat Kohli was also seen with her (See Photos)