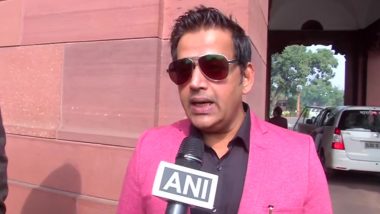 After meeting West Bengal CM Mamta Banerjee, Javed Akhtar said – nowadays there is more tension in the country, there should be change 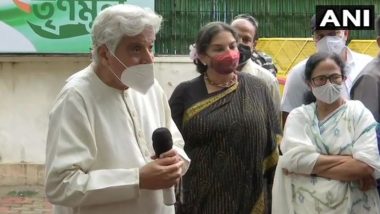 New Delhi: West Bengal Chief Minister Mamata Banerjee is currently on a Delhi tour for five days. After coming to Delhi, Mamta Banerjee has met PM Modi, Congress leader Sonia Gandhi and Delhi Chief Minister Arvind Kejriwal. Then on Thursday, he met Union Minister Nitin Gadkari and after that Bollywood lyricists Javed Akhtar and Shabana Azmi also reached to meet Mamta Banerjee. Javed Akhtar and Shabana Azmi met Mamta, who reached Delhi for the first time after winning the Bengal election riot. After meeting Mamta, Javed Akhtar said that nowadays there is more tension in the country, there should be change.

After meeting Chief Minister Mamta Banerjee, Javed Akhtar said- I think some changes should come. Tension is a bit high in our country nowadays. In what we have talked about, her (Mamata Banerjee) priority is not that I should lead, she believes that there should be a change. Also read: Mamata Banerjee Delhi Visit: After meeting PM Modi, Mamata Banerjee will meet Sonia Gandhi- Sharad Pawar and CM Arvind Kejriwal tomorrow

I think there should be some changes. Tension is a bit high in our country nowadays. Her (Mamata Banerjee) priority in what we had is not that I should lead, she believes there should be change: Javed Akhtar after meeting West Bengal Chief Minister Mamata Banerjee pic.twitter.com/azFkTyQ1FY

Significantly, after meeting Mamta didi, Javed Akhtar further said that the mood of the country is for change, so the country needs change. It is unfortunate that there is an atmosphere of fear in the country, such an environment needs to be changed. Let us tell you that recently Javed Akhtar had made a tweet in which he compared Barack Obama to Shah Jahan. Due to this tweet, he was also trolled on social media. 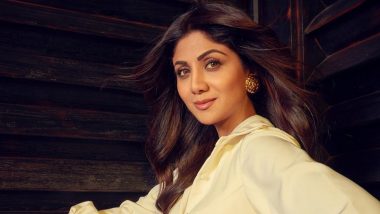 Mumbai: Actress Shilpa Shetty, wife of businessman Raj Kundra in a pornography case, has filed a complaint in the Bombay High Court against 29 media persons and media houses for ‘false reporting and maligning their image’. A defamation suit has been filed. The matter will be heard tomorrow (July 30). On the other hand, in a major setback to Kundra, a Mumbai court on Wednesday refused to grant bail.

Raj Kundra, husband of Bollywood actress Shilpa Shetty, was arrested by the Crime Branch of Mumbai Police on July 19 in a case of alleged production of pornographic films and airing them through apps. Kundra, 45, was remanded to 14-day judicial custody on Tuesday. While the police have not yet given a clean chit to Shilpa Shetty in this case.

Actor Shilpa Shetty has filed defamation suit in Bombay High Court against 29 media personnel & media houses for ‘doing false reporting & maligning her image’ in a pornography case in which her husband Raj Kundra is accused. Hearing in the case scheduled for tomorrow

Kundra, through senior advocate Abad Ponda, has filed a separate petition in the Bombay High Court challenging his arrest. Kundra, through his petition, has termed his arrest as illegal and sought quashing of all orders of the Metropolitan Magistrate Court.

However, on Tuesday, Justice AS Gadkari had refused to grant any interim relief before hearing the police’s side in the matter and posted the next hearing for Thursday (July 29). 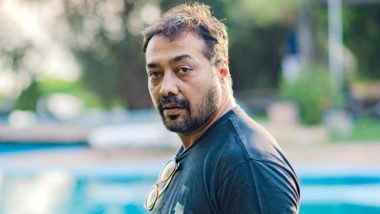 Mumbai: Malayalam film Paaka, produced by Anurag Kashyap and Raj Rachakonda, which marks the directorial debut of Nitin Lukos, will be held at the Toronto International Film Festival from September 9 to 18. The 46th edition of TIFF will have the World Premiere. The film is selected in the Discovery Section, which showcases the first or second feature films from directors around the world. TIFF will be conducted in a hybrid manner, with both in-person and digital screening. Anurag Kashyap had to undergo angioplasty after chest pain, this is his health after surgery

Anurag Kashyap, who joined the project as a producer during the later stage of production, said that Malayalam cinema is currently leading India on the world stage and I would like to associate with it in a small way. I am very grateful.

Director Nitin is an FTII graduate and is the sound designer of ‘Thithi’ and ‘Sandeep Aur Pinky Faraar’.

Talking about his debut film ‘Paka’ he said, “I am delighted and honored to see my directorial debut ‘Paka’ (River of Blood) at the Discovery event of the 46th Toronto International Film Festival. Stories And in the myths my grandmother told me when I was young. ‘Paka’ is an expression of that fascination. The idea was to tell a universal story that could appeal to a global audience, while keeping the film in the cultural features of the remote village. Can be implied. I grew up with people I love. It is a matter of pride that a regional film like ours is getting a platform through a globally renowned festival like TIFF.”

Raj Rachakonda, who previously directed the Malayalam film ‘Mallesham’, said, “Out of the four scripts I was narrated, I opted to produce Nithin, who helped me with the sound design for Mallesham because ‘Paka ‘ is a touching story about the ability of people to come together. For love and cruelty that displays a very deep feeling.”