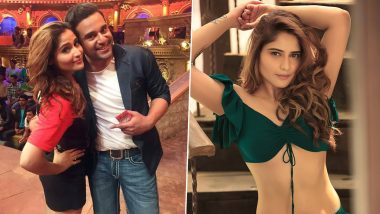 Arti Singh Transformation Photos: Comedian Krushna Abhishek’s sister and Bigg Boss 13 contestant Aarti Singh has changed herself to a great extent after coming out of the show and is seen surprising people with her new avatar. The actress has reduced her weight to a great extent and everyone is stunned to see her body transformation. During the lockdown, Aarti worked hard on her physique and last year she told that she has lost about 5 kg.

Now Aarti’s photos are becoming quite viral on the internet in which everyone is surprised to see her hot and glamorous avatar and is wondering if she is the same Aarti who appeared in Bigg Boss 13. This style of Aarti Singh, who became fit from fat, is getting everyone’s attention and her photos are also becoming increasingly viral.

Aarti Singh is winning the hearts of people here with her hot and glamorous avatar. Many celebrities including Rashmi Desai, Aashka Goradia are praising her fitness by commenting on her photos.

Aarti Singh, who has made her mark among the people with Salman Khan’s show, is very active on the internet and is inspiring her fans with her fitness.

‘Unite, otherwise God will get hurt’