Islamabad, June 1: The Pakistan Super League was expected to start from June 5, 2021 compared to the remaining 2021, but the PCB has suffered a major setback. According to the news, at present there is no statement on the resumption of the tournament by the United Arab Emirates. Let us know that the sixth season of Pakistan Super League was postponed in March due to Corona virus epidemic.

Once again doubts over PSL in Abu Dhabi !! As per my sources within UAE Govt, issues over Indian production team. PCB management are working tirelessly to make it possible. #PSL

Yuvraj Singh Foundation to lay 1,000 beds in hospitals in India

Is Captain Kohli a Vegan? Disclosed himself due to controversy

Southampton, 18 June: New Zealand vice-captain Tom Latham on Friday said the cancellation of the opening day of the World Test Championship final against India due to rain won’t make much of a difference in his team selection, though the team has other plans as well. The first day’s play of the World Test Championship (WTC) had to be called off without a toss due to rain here on Friday. An extra day was kept for this match, from which the first day’s play will now start on Saturday. When Latham was asked what will change in the team selection due to the cancellation of the first day’s play, he said in the virtual press conference, “Probably, there will not be much change in the selection of the playing XI.”

“Obviously with an extra day, we will still have five full days to play. I think it’s just a matter of waiting and seeing, whatever the circumstances may be, we have to adapt and be ready whenever called.” Latham said, “We haven’t confirmed the playing XI yet. Well, we will have to wait and see when we get time to watch the wicket.

Also read- ICC WTC Final 2021: The game of the first day of the WTC final was rained, now the match will be played on the sixth day as well

I’m sure Kane (Williamson) and (Gary) Stead will have some plans. We will have to wait for the cover to rise so that we get a chance to play.” New Zealand did not announce the playing XI, but India had selected the playing XI for the final on Thursday. 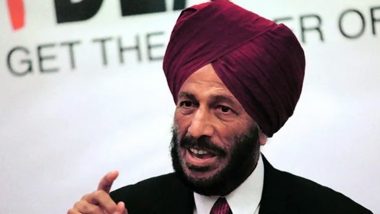 Chandigarh, June 18: Giving information about the health of India’s legendary sprinter Milkha Singh, PGIMER Hospital said that on Friday evening, his condition became critical due to complications arising after Kovid-19, which included low oxygen level and fever. Milkha Singh, who was infected with Kovid-19 last month, tested negative on Wednesday, after which he was shifted from the Kovid ICU to the general ICU and a team of doctors is monitoring his health.

PGIMER sources said, “His condition has become critical.” A team of doctors is monitoring his health. He had a fever on Thursday night and his oxygen level had dropped. Although before that his condition was stable.

According to the statement of his family, “It was a difficult day for Milkha ji. But he is struggling with it.

ICC WTC Final 2021: The game of the first day of the WTC final was washed out due to rain, now the match will be played on the sixth day 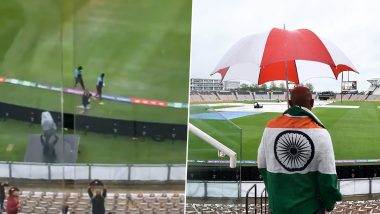 Southampton, 18 June: The game of the much-awaited World Test Championship (WTC) final between India and New Zealand on the first day of the World Test Championship (WTC) final was washed out here on Friday due to which the match will now be played till the sixth day, if required, on a safe day. According to the rules set by the International Cricket Council (ICC) for the WTC final, play can now take place on the sixth day if needed as six hours of play was wasted on the first day itself. The forecast of rain and storm was already there and it started raining heavily since last evening which continued till this afternoon. Due to the accumulation of water all around, the ground had become very wet, which was not possible for the first day’s play despite having a good drying system.

Umpires Michael Gough and Richard Illingworth, after inspecting the ground several times, declared the end of the day’s play at 7.30 pm IST (3 pm local time). This has raised questions over the selection of Southampton as the venue for the final but the ICC and the England and Wales Cricket Board (ECB) are believed to have consulted the Cricket Board of India (BCCI) before finalizing the venue. was taken into confidence. This stadium has arrangements like Panchtara Hotel and it is easy to create a bio-secure environment here.

It doesn’t take time to change the weather in England and in such a situation, if the match was held at any other venue, there was no guarantee that it would not rain there. England has hosted 32 men’s Test matches in the last five years and only four of these matches ended in a draw, making it clear that the final is likely to be an exciting one despite the rain on the first day. Now the game will start on Saturday at 3 pm Indian time (10:30 am local time).