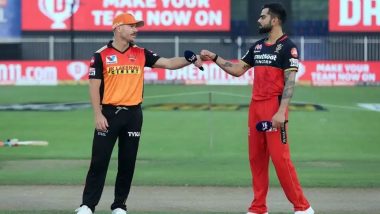 Mumbai: The Board of Control for Cricket in India (BCCI) announced after the SGM on May 29 that the remaining matches of IPL-14 will be played in the United Arab Emirates (UAE). Although the dates were yet to be announced, which has now been done. IPL-14 can start again from September 19 and the final match can be played on October 15. A BCCI official said that the recent meetings between the Cricket Board of India and the Cricket Board were good and the Indian board is confident The remaining matches of IPL-14 will be successfully held in Dubai, Sharjah and Abu Dhabi. IPL 2021: KKR got a big setback, this veteran player withdrew his name from IPL 2021

The BCCI official said that the discussions went well and the Emirates Cricket Board had given verbal approval to host the IPL ahead of the BCCI SGM. IPL will resume from September 19. The final will be on October 15. BCCI always wanted 25 days to finish the remaining matches.

IPL-14 was postponed on 4 May after Corona cases surfaced in many teams in the IPL. A total of 29 matches were played till 2 May. Till the postponement of IPL-14, Delhi Capitals is in the first place with 6 wins in 8 matches. While Chennai Super Kings is at number two with 5 wins in matches. RCB, captained by Virat Kohli, has also won 5 matches and is in third place. Team India can reach UAE on 15 September and will be quarantined for three days. The next day ie from September 19, IPL-14 will start again. 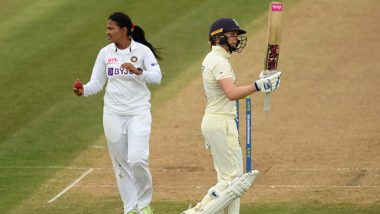 Bristol, 16 June: Fifties from captain Heather Knight (95) and Tammy Beaumont (66) helped England women’s team take six wickets in the first innings till the end of day’s play on Wednesday on the first day of the one-off Test against India at the County Ground here. But scored 269 runs. Till the stumps, Sophia Dunkley scored 12 runs off 47 balls with the help of a four and Katherine Brunt scored seven runs in 30 balls. Sneh Rana, playing the debut match for India, took three wickets, while Deepti Sharma has taken two and Pooja Vastrakar has taken one wicket so far. Earlier, England won the toss and elected to bat and Lauren Winfield Hill and Beaumont put on a 69-run partnership for the first wicket to give the hosts a good start. Even before this partnership could get bigger, Vastrakar gave the first blow to the English team by dismissing Winfield. Winfield scored 35 runs in 63 balls with the help of four fours and two sixes.

The England team had scored 86 runs for one wicket till the lunch break and continued its impressive performance in the second session as well. Beaumont shared a 71-run partnership with Knight for the second wicket. However, Sneh ended his innings by dismissing Beaumont. Beaumont scored 66 runs in 144 balls with the help of six fours. After this, in the third session, Knight shared a 90-run partnership for the third wicket with Natalie Sciver. Deepti gave England the third blow by dismissing Skiver (42).

Shortly after this, Sneh dismissed wicket-keeper batsman Amy Allen Jones (1). Deepti sent Knight to the pavilion on his way to a century. Knight scored 95 runs in 175 balls with the help of nine fours. After Knight returned to the pavilion, Sneh staggered England’s innings by dismissing Joycea Elvis (5). 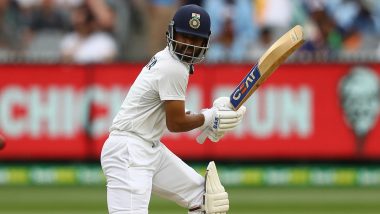 Southampton, 16 June: Indian Test team vice-captain Ajinkya Rahane doesn’t mind a little bit of ‘criticism’ but he has never been too bothered by what people think of his game and he works hard to help the team win. are. His form has had its ups and downs over the years and despite this, he remained the team’s top scorer in the two years of the World Test Championship cycle with 1095 runs in 17 matches and a place in the World Test Championship (WTC) final against Team New Zealand. succeeded in Rahane said on this, “It feels very special.”

When asked what does he think about his criticisms when he is not able to score runs? To this he said, “I don’t bother with criticism. I think I am here only because of the criticisms. I always wanted to give my best even if people keep criticizing me.” Rahane, who took over as captain during the historic series win against Australia, said, “It is important for me to give my best for my country and Every time as a batsman or a fielder, I want to contribute.

“I don’t really think much about criticisms. If people criticize me, it is their thinking and it is their job. I can’t control all these things. I always focus on the things that I have control over and do my best, work hard and then the result comes.”

Rahane said that even if he scores 40 runs, it should be useful for the team, only then he will get happiness. He said, “I will play my natural game. Winning is the most important thing whether I score a century or not. I don’t want to put myself under too much pressure and if my 30 or 40 runs are important for the team then I am happy.

ICC WTC Final 2021: Read here what the Indian vice-captain said for the Kiwis ahead of the final match 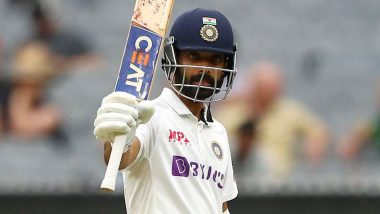