IPL 2020: Chennai Super Kings will leave for UAE on this day before the rest of the teams

The Board of Control for Cricket in India (BCCI) has announced the 13th edition of the IPL to be held in the UAE from 19 September and the IPL team intends to set up its camp at Chennai Super Kings UAE from 10 August. 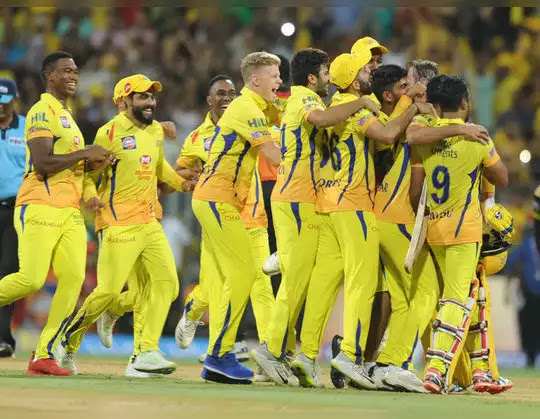 Players of the Chennai team are understood to have been asked to report to Chennai on August 9 and the team will leave for Dubai on August 10. But the dates will be approved only after the Government of India gives the green signal to get the IPL in UAE.

The meeting of the IPL Governing Council is scheduled to be held on Sunday in which things will be clear regarding the tournament’s event. Currently, commercial flights are not available, but the Chennai team is understood to have arranged chartered flights for their players.

Share
Facebook
Twitter
Pinterest
WhatsApp
Telegram
Previous articleAdil Rashid set a record for England team, became first spinner to take 150 ODI wickets
Next articleKnow what kind of pack you want to use in your skin problem!

Backward in first innings due to poor bowling: Archer

Manchester: England fast bowler Joffra Archer believes that his team lacked luck with another disappointing performance in bowling, which is why they are trailing...
Read more
SPORTS

8 badminton players, including Sindhu, started practice in Hyderabad after 4 months, coach Gopichand said – happy to have top shuttlers back on court

The national camp of 8 badminton players hoping to qualify for the Tokyo Olympics between Corona began at the Pullela Gopichand Academy...
Read more
SPORTS

Chennai Super Kings players will go to UAE without family

2 mins ago sport 0 viewsPreparations for the 13th season of the Indian Premier League (IPL) are going on with Zoro. Chennai Super Kings players...
Read more

Read more
© Copyright © 2020 Ampinity News. All Rights Reserved.
We use cookies to ensure that we give you the best experience on our website. If you continue to use this site we will assume that you are happy with it.Ok