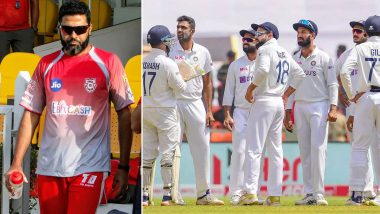 Mumbai, June 16: The waiting moment of cricket fans is going to end. Yes, two days from today i.e. from June 18, the final match of the ICC World Test Championship is starting. Both the teams are ready for the final match. Recently, the Board of Control for Cricket in India has announced a 15-member Indian team for the final match. After this announcement by the BCCI, former India’s trusted opener Wasim Jaffer has chosen his playing XI.

The players who have been selected by the former veteran batsman for the final match. It includes two players from Mumbai Indians, one from Kolkata Knight Riders, two from Chennai Super Kings, one from Royal Challengers Bangalore, four from Delhi Capitals and one from Punjab Kings. Jaffer, Rohit Sharma and Jasprit Bumrah from Mumbai team, Shubman Gill from Kolkata team, Cheteshwar Pujara and Ravindra Jadeja from Chennai team, Captain Virat Kohli from Bangalore team, Ajinkya Rahane from Delhi team, vice-captain, Rishabh Pant, Ravichandran Ashwin, Ishant Sharma and fast bowler Mohammad Shami have been selected from the Punjab team.

Watch me decode this + thoughts on Southampton pitch + potential weakness in NZ in this video here which also has a surprise guest😉https://t.co/trEVUgCAqx

Also read- ICC WTC Final 2021: Read here, where and how you can watch the historic WTC final match played between India vs New Zealand

Let us tell you that this match to be played between India vs New Zealand will be played from June 18 to June 22 at The Ages Bowl Stadium in Southampton. In this match, the captains of both the teams will come to the ground at 3 pm Indian time for the toss, while the live broadcast of the match will be done after half an hour i.e. from 3:30 pm.

The team selected by Wasim Jaffer for the WTC Final match is as follows:

ICC Test Ranking: Steve Smith dominated, then became the world’s No. 1 Test batsman, read what is the status of Kane Williamson and Virat Kohli 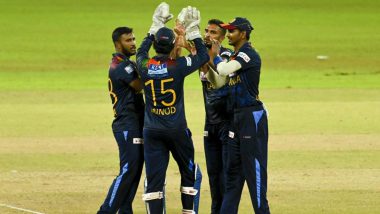 Colombo: The Sri Lankan cricket team hosted the R Premaadasa Stadium here on Thursday.R Premadasa StadiumIn the third and last T20 match of the series, defeated the Indian team by 7 wickets. With this the host team won the series 2-1. India had earlier defeated the hosts 2-1 in the three-match ODI series. Now the hosts have equalized that loss. India took a 1-0 lead after winning the first match by 38 runs but the hosts leveled the series by winning the second match by four wickets. IND vs SL 3rd T20: Indian batsmen bowed before Sri Lankan bowlers, set a target of 82 runs for Sri Lanka to win

After restricting India to 81 runs, the hosts got the runs they needed to win in 14.3 overs for the loss of three wickets. Avishka Fernando made 12, Minod Bhanuka scored 18, Dhananjay de Silva scored 23 not out and Wanindu Hasaranga scored 14 not out. Rahul Chahar took three wickets for India.

Earlier, Sri Lanka restricted the Indian team to 81 runs on the back of the superb bowling of Wanindu (4/9). India won the toss in this match and decided to bat first but none of their batsmen could show their best and the team could score only 81 runs for eight wickets in 20 overs.

They register a 7-wicket victory against India in Colombo and take the series 2-1! #SLvIND | https://t.co/mYciWl62Z7 pic.twitter.com/ZeFPkhK7Jm

Kuldeep Yadav scored the highest 23 runs in 28 balls for Team India. Apart from Hasaranga, captain Dasun Shanaka took two wickets for Sri Lanka while Ramesh Mendis and Dushmanta Chamira got one wicket each.

After this Bhuvneshwar Kumar also returned to the pavilion after scoring 16 runs in 32 balls. Then Shanaka dismissed Rahul Chahar, who scored five runs off five balls with the help of a four. Soon after Rahul’s dismissal, Varun Chakravarthy (0) was dismissed as the eighth batsman while Chetan Sakariya remained unbeaten on five off nine balls.

The Indian team scored 81 runs as well as made the third lowest score in its history in T20 India had scored 74 runs in T20 match against Australia in Melbourne in 2008, which is its lowest score in T20 so far.

Tokyo Olympics 2020 Schedule: Which Indian player will play the Olympics tomorrow, will take part in which game, see the full schedule here

Tokyo Olympics 2020 Schedule: Which Indian player will play the Olympics tomorrow, will take part in which game, see the complete schedule here-

Take a look at #TeamIndia schedule for #Tokyo2020 Tomorrow, 30 July.

It is going to be an action packed day, so keep cheering for your favorite athletes with #Cheer4India and stay tuned for updates! pic.twitter.com/E7gH4BxR0a 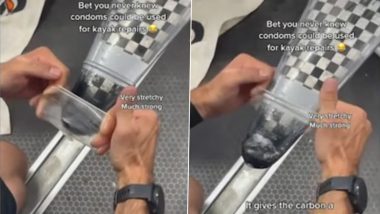 Tokyo Olympics 2020 Viral Video: About a week has passed since the start of the Tokyo Olympics, known as the ‘Game of the Games’. During this, many interesting videos and pictures related to the Olympics are being well-liked on social media. In which many moments like talent, emotion, anger and confusion of the players have been seen. In the midst of all this, such an incident also came to the fore which is surprising people a lot. Satish Kumar in quarterfinals of Olympics, ‘unlucky’ Mary Kom out

The latest viral video that surfaced from the Olympics is related to Australian athlete Jessica Fox, who beat her opponents to win the bronze medal in canoeing competition. But hardly anyone would know that the 27-year-old athlete used a condom to fix a kayak used in canoe slalom before winning.

In fact, there was a time before the final match when Fox and his team needed something that could prepare their kayaks for immediate competition. Fox himself told that the damage to his kayak was repaired with the help of condoms. He also posted a video on Tiktok and Instagram. This video showed how the repair of a kayak with a condom was completed.

In the video, a man can be seen applying condoms from above after applying black putty to the damaged part of the kayak. This clip is now becoming increasingly viral and netizens are praising this jugaad fiercely.