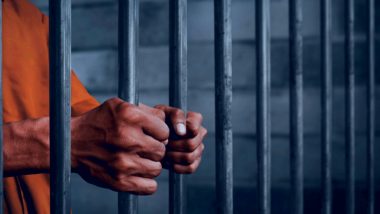 Gurugram: Gurugram Police has busted a fake call center being operated from Sector-23. It is alleged that by creating false legal pressure, American citizens have been targeted. Three people have been arrested in this connection. Officials gave this information on Sunday. The trio have been identified as Jarar Haider, Partesh Patel and Nisharg. Gurugram: Youth shot dead by unknown assailants in Gurugram

Police said the accused used to create false legal pressure on US citizens by threatening to suspend their Social Security Number (SSN). They also sent him fake arrest warrants accusing him of alleged drug use, maintaining fake bank accounts, and asking him to pay $200 to $500 per customer service fee.

According to the police, the SSN is of nine digits, which the US government issues to all its citizens. The government uses this number to track the lifetime earnings of residents and the number of years worked.

The officials further said that acting on a tip-off, the police team of Cyber ​​Crime Station led by ACP DLF and ACP Udyog Vihar raided the call center at plot number 3202 in Sector-23.

During the raid, the police arrested three people and recovered two laptops, two mobile phones and other electronic gadgets from them.

The ACP said, we have received a major input that this fake call center in Sector-23 cheated several US citizens by falsely applying legal pressure on the pretext of suspending their SSN numbers. The youths were working in the call center, which was being operated without a license.

The ACP said, during interrogation, the accused disclosed that the data of US citizens was provided by their owner. They bought the data through online websites and uploaded it to their servers VICI dialer and sent messages in bulk daily to US citizens. 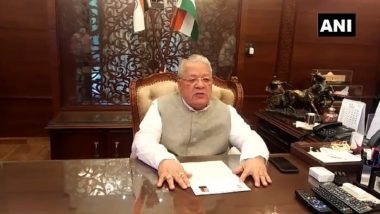 Maharana Pratap Jayanti 2021: On the occasion of Maharana Pratap Jayanti, the Governor of Rajasthan, Kalraj Mishra praised him and said that he renounced the glory of the palace and lived a struggling life in the mountains and forests but never bowed his head before Akbar. He said that Maharana Pratap, living with the tribal and forest dwellers Bhils and living a life like them, not only gave competition to the Mughals on every front but also defeated them again and again. The Governor said that history will never forget his contribution towards the motherland.

Mishra was addressing online at a national function organized by the Mohan Lal Sukhadia University of Udaipur on the occasion of the birth anniversary of Veer Shiromani Maharana Pratap on Sunday. According to the official statement, the Governor said that in the freedom struggle of Maharana Pratap, his moral and character strength was the biggest strength. Speaker of the Assembly Dr. C.P. Joshi said that Maharan Pratap had amazing leadership ability to organize and take people of all castes, religions and sects of the society together. Dr. Joshi called upon the youth to imbibe the qualities of Maharana Pratap in their personal lives. Also read: Maharana Pratap Jayanti 2021 Quotes: 481st birth anniversary of Maharana Pratap today, share these great and inspirational thoughts with your loved ones

Minister of State for Higher Education Bhanwar Singh Bhati said that Maharana Pratap’s fight was not for himself but for the common people of Mewar. Historian Dr. Chandrashekhar Sharma said on this occasion that the great personality of Maharana Pratap is not only a symbol of valor and valor, but also a symbol of world humanism and world welfare.

Dehradun, June 13: All the countrymen are saddened by the demise of senior Uttarakhand Congress leader Dr. Indira Hridayesh. Meanwhile, the current Chief Minister of the state Tirath Singh Rawat has also expressed grief by tweeting. He wrote in tweeting, ‘Senior leader of Uttarakhand state, former minister and leader of opposition in the current assembly, got the sad news of the death of my elder sister, respected Mrs. Indira Hridayesh ji. I pray at the feet of the Lord for the peace of his soul.

Senior leader of Uttarakhand state, former minister and leader of opposition in the current assembly, got the sad news of the death of my elder sister, respected Smt. Indira Hridayesh ji.

I pray at the feet of God for the peace of his soul. pic.twitter.com/rQ2SOijxRn 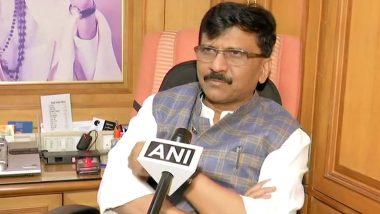