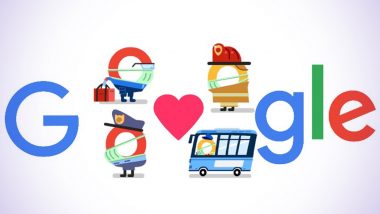 New Delhi, June 17 : Technology major Google said on Thursday that its philanthropy arm Google Dot Org will collaborate with various organizations to help procure and install 80 oxygen plants in the country and skill development of health workers in rural areas. 113 crores ($ 1.55 million) for the project. Under this announcement, Google.org will give about Rs 90 crore to GiveIndia and about Rs 18.5 crore to Path for setting up 80 oxygen plants.

Along with this, 20,000 frontline health workers will be trained in COVID-19 management through Apollo Medskills to strengthen rural health systems. For this, Google.org will give a grant of Rs 3.6 crore (US$ 5 lakh) to Armaan for skill development of 180,000 ASHA workers and 40,000 ANMs in 15 states of India. Also read: Margherita Hack Google Doodle: 99th birthday of ‘The Lady of the Stars’, Google dedicated a special doodle to Italian professor and astrophysicist Margherita Hack

Armaan will also use this grant to set up a call center to provide additional support and advice to ASHA and ANMs. Sanjay Gupta, Country Head and Vice President, Google India, said, “At Google, we have focused on making sure people have the information and tools they need to stay safe. 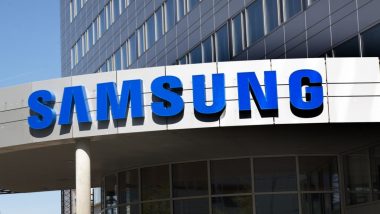 Seoul, 29 July : Samsung Electronics on Thursday expects solid chip demand to continue in the second half of this year. After a strong performance in the second quarter, there may be some improvement in the mobile business. The world’s largest memory chip and smartphone vendor said in a regulatory filing that this year’s net profit stood at 9.63 trillion ($8.3 billion) in the April-June period, up 73.4 percent from a year ago. According to a Yonhap news agency report, its second quarter operating profit jumped 54.3 percent to 12.56 trillion, the biggest since the third quarter of 2018. Sales rose 20.2 percent to ₹63.67 trillion, higher over the growing period. This is the biggest for any second quarter.

On a quarterly basis, Samsung’s second quarter operating profit was up 33.9 percent from the first quarter, although sales were down 2.6 percent from the previous quarter. Net profit was up 34.9 percent from the first quarter. Revenue from the semiconductor unit was 22.74 trillion won in the second quarter of the year, up 24.7 percent from a year ago, while its operating profit rose 27.6 percent to 6.93 trillion won. Its operating profit more than doubled compared to the first quarter, while sales grew 19.6 percent. Samsung said the memory business posted a significant increase in earnings over the previous quarter, led by stronger-than-expected growth in average selling prices for both DRAM and NAND chips, along with strong demand for server and PC memory. Happened. Also read: PM Modi shares clip of over 3000 blackbucks crossing the road in Gujarat’s Bhavnagar, watch video

The demand for memory is likely to increase with the launch of new smartphone models, with content-per-box driving growth driving wider 5G availability, the company said. The adoption of the latest CPUs, along with the increasing demand for enterprise PCs to support new remote work dynamics, is expected to support the demand for memory for servers and PCs. For its logic chip business, Samsung said it expects its overall earnings to improve, particularly in the third quarter, due to increased demand for system-on-chip and OLED display driver IC products as the business expects strong seasonality. Sells Smartphones and TVs. 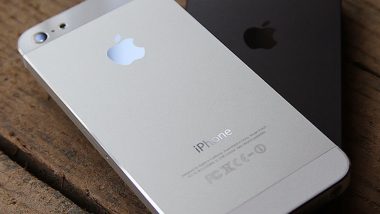 Apple CEO Tim Cook has said that iPhone revenue hit a record $39.6 billion in the June quarter, growing 50 percent year-on-year. It exceeds many of your expectations. The iPhone 12 (Apple iPhone) family continues to be in high demand across the world including India. “For the iPhone, this quarter saw very strong double-digit growth across every geographic segment, and we’re excited by the response our customers have received to the iPhone 12 lineup,” Apple CEO Tim Cook said during the opening call on Tuesday.

“We are only in the early inning of 5G, but already this incredible performance and speed has made a significant impact on how people can get the most out of our technology,” Cook said. He said, customers love the iPhone 12 for its superfast 5G speed, A14 Bionic chip and Adobe Vision camera which has never been given in any phone before. Also read: Facebook Cloud Gaming Comes To Apple Devices

Apple’s CFO said, “For the Mac, despite supply constraints, we posted a June quarter record of $8.2 billion, up 16 percent over the previous year. This exceptional level of sales success is driven by very enthusiastic customer feedback for our new Mac, which is powered by the M1. The chip, which we have recently given in our new design iMac. In the services vertical, Apple has reached an all-time revenue record of $17.5 billion.

The company said that the strong growth in paid subscriptions continues. There are now over 700 million paid subscriptions to the Services on our platform. Which is more than 150 million from last year. And we have almost quadrupled the number of paid subscriptions in just four years. The iPad’s performance was also up 12 percent, with revenues of $7.4 billion, despite significant supply constraints. Apple said, with the M1, the MacBook Air and several major companies have rapidly increased their revenue. 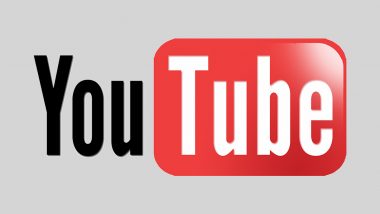 New Delhi, 28 July : Sundar Pichai, CEO of Alphabet and Google, has said that YouTube Shorts, a TikTok-like short form video app, was first launched in India last year. Its users have exceeded 15 billion. The app continues to gain momentum, Pichai said during the company’s earnings call for a record-breaking June quarter. We are making it available on YouTube in more than 100 countries around the world.

The YouTube Shorts platform recently added the ability for shorts creators to sample audio from YouTube videos, and said it was exploring ways to offer quick links to YouTube videos from the shorts they sampled. In April, the platform announced that it continued to gain popularity with over 6.5 billion daily views as of March. More than 3.5 billion views were received at the end of 2020. YouTube rolled out the shorts app feature in India in September last year. Also read: LG S will now sell iPhone at Korean stores: Report

In the June quarter, YouTube’s ad revenue nearly doubled to $7 billion, compared to $3.8 billion in the same quarter last year. Pichai said the global shift to online video and streaming is now continuing with more than 2 billion monthly active users. More than 1 billion hours of video are watched on YouTube every day. As a result, many advertisers are reevaluating their media mix and increasing their investments in our platforms, Pichai said.