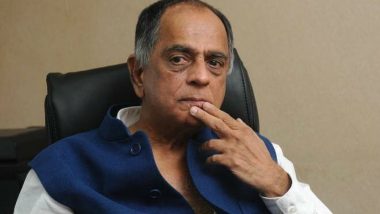 Former Censor Board President Pahlaj Nihalani told that he vomited blood due to eating outside food, after which he had to stay in the hospital for 28 days and undergo his treatment. He told that he had ordered food from outside which was bad and due to this his health had deteriorated a lot. In this case, now he will initiate legal action against that hotel.

In a Bollywood Hungama report, Pahlaj Nihalani told that some members of the unit of his upcoming film had come to his house and because there was less food in the house, he ordered food for all of them from outside. Usually he prefers home-cooked food and eats only chicken in non-veg food. When the unit insisted, he sat down to eat the food ordered with them to keep their heart. At that time they realized that there was something wrong with the food but everyone assured them that the food was fine.

Pahlaj told that after eating that food, his health deteriorated and he started vomiting. After this, around 3 o’clock in the night, he started vomiting blood. After this he immediately called his son and he was admitted to Nanavati Hospital where he spent 28 days. Due to the epidemic, he was not allowed to meet anyone and he used to talk to his wife through video call.

He said that due to the hard work of the doctors, he could be brought out of the mouth of death. During this, his well-wishers were worried whether he had Kovid or not. He told that he was not corona infected and was able to survive due to the help of his family and doctors.

Pahlaj Nihalani informed that during his troubled times, Shatrughan Sinha constantly took stock of his health and the hospital also visited him. He said that he would drag that hotel to the court as it could also be the last meal of his life.

Happy Birthday Tiku Talsania: The king of comedy, Tiku is the owner of so much wealth, know

Net Worth Ekta Kapoor: Knowing the net worth will surprise you