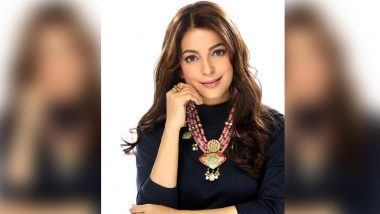 bollywood actress Juhi Chawla (Juhi Chawla) has been in discussion for some time now. He has petitioned the Delhi High Court against the 5G trial and demanded a stay on it. Hearing on this petition took place today. But during the hearing, a fan of Juhi Chawla did such a spectacle, which angered the judge and asked to identify the person and issue contempt against him.

Bar & Bench has given information about this by tweeting. Actually, this hearing was done in the court in a virtual way. During this, the voice of an unknown person came that where am I Juhi? I can’t see them. After which this person started singing Juhi’s song ‘Ghunghat Ki Aad Se’. After which the angry court ordered the master to remove him from the hearing.

The angry court identified the person and ordered to issue a contempt notice against him.

Rashi Khanna was seen enjoying the fresh air on the beach, hot in black clothes

Once had romance with Ajay Devgan, now seen in husband’s lap on the beach

After vaccination, the spoon sticks on the body, coin!