Naagin 3 star TV actor Pearl V Puri is in discussion these days. You must be aware that at present he has been accused of rape and molestation with a minor. So he is in jail. Pearl V Puri will now have to stay in jail for the next 14 days. Although the allegations against Pearl V Puri have been denied by many TV celebs so far. Divya Kumar Khosla, wife of T-series company owner Bhushan Kumar, has now joined this list. Actually TV stars claim that Pearl V Puri is being implicated on wrong charges. On the other hand, Mumbai DCP has claimed that the police have strong evidence against Pearl V Puri.

Recently, an audio of the victim’s mother went viral on social media and in this audio Ekta Kapoor is pleading with the victim’s mother to speak the truth. In the viral audio, the victim’s mother had admitted that Pearl V Puri had done nothing wrong. Now in the midst of all this, Divya Kumar Khosla has also supported Pearl V Puri. He has revealed the identity of the couple who accused Pearl V Puri. You can see that he has shared a picture of the parents of the child and wrote in the caption, “This is really embarrassing. After reading this post you will also agree with me.

The actor further wrote, “I want to introduce you to this couple. This man’s name is Anit Ho and this woman’s name is Ekta Sharma. Ekta Sharma is an actor who has worked in Pearl V Puri’s show Bepanah Pyaar. These are the two people who accused Pearl V Puri of rape. The girl’s father has claimed that Pearl V Puri raped a 5-year-old girl. ‘I don’t know why the police has not acted on this matter till now.’

Divya Khosla Kumar further wrote, “The child mother is calling Pearl V Puri innocent. Why is Pearl V Puri named in the FIR? The actor has revealed that her husband is a psycho. Still, people are believing the girl’s father. Ekta Kapoor has also spoken openly about this. It is believed that the girl’s father has written the award winning script. 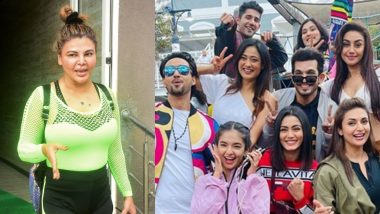