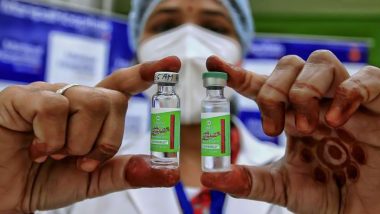 New Delhi: The Covishield vaccine produces more antibodies than the Covaxin, although both vaccines are better at boosting immunity. This has come to the fore in a study conducted on health workers who have taken doses of both the vaccines as a precaution. PM Modi announced – From June 21, the central government will fully take up the responsibility of vaccination of 18+ people, everyone will get the vaccine for free

This study has not yet been published and has been posted on ‘MedRxiv’ prior to publication. In this study, 515 health workers from 22 cities in 13 states were included. Of these, 305 were men and 210 were women. Serum Institute of India, Oxford-AstraZeneca’s Covishield is manufacturing the vaccine. At the same time, the Hyderabad-based company Bharat Biotech is manufacturing the covaccine in collaboration with the Indian Council of Medical Research (ICMR) and the National Institute of Virology (NIV). Antibodies and their levels were examined in the blood samples of the participants of the study.

Lead author of the study and Consultant Endocrinologist (Diabetologist) at GD Hospital & Diabetic Institute, Kolkata Awadhesh Kumar Singh tweeted, “Both vaccines worked to strengthen immunity after both doses. However, the sero-positivity rate and antibody level were higher in CoviShield as compared to Covaccine.

Researchers from Vijayratna Diabetic Center in Ahmedabad, GD Hospital and Diabetic Institute in Kolkata, Diabetic and Heart Research Center in Dhanbad and Rajasthan Hospital and Mahatma Gandhi Medical College and Hospital in Jaipur conducted the study. The researchers compared the results after taking both doses between those who had been infected with the corona virus and those who were not infected. It was found that participants who recovered from COVID-19 at least six weeks before the first dose of both vaccines and subsequently received both doses, had a sero-positivity rate of 100 percent and had higher levels of antibodies than others. was level.

Big announcement of PM Modi, free food grains to 80 crore people and free vaccine to 18 plus people by November 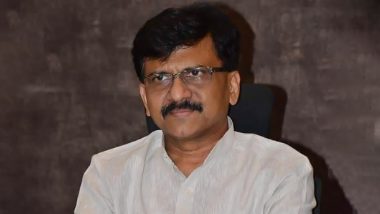 Mumbai, June 13 : Shiv Sena MP Sanjay Raut has alleged that when the party was in power with the BJP in Maharashtra from 2014 to 2019, he was treated as “slaves” and politically Tried to finish. Addressing Shiv Sena workers at Jalgaon in northern Maharashtra on Saturday, Raut said, “The Shiv Sena had a secondary status in the previous government and was treated as a slave. Raut’s statement came at a time when Maharashtra Chief Minister and Shiv Sena President Uddhav Thackeray met Prime Minister Narendra Modi in Delhi. Met a few days ago, after which the market for political speculation was hot in the state.

The Shiv Sena-BJP alliance broke in 2019 due to the issue of the chief minister’s post. Shiv Sena was one of the oldest allies of the BJP. He later formed the government in Maharashtra in an unexpected alliance with the Nationalist Congress Party (NCP) and the Congress. Raut said that he always felt that Shiv Sena should have a chief minister in Maharashtra. “Even though Shiv Sainiks did not get anything, but we can proudly say that the leadership of the state is in the hands of Shiv Sena. The Maha Vikas Aghadi (MVA) government was formed (in November 2019) with this spirit. Also read: 255 new cases of corona in Delhi in the last 24 hours, 23 patients died

Recalling the developments before the formation of the tripartite government in November 2019 after the assembly elections, Raut said senior NCP leader Ajit Pawar, who had switched sides for a while to form the government with the BJP under the leadership of Devendra Fadnavis He is now the “strongest spokesperson of the MVA”. The second Fadnavis-led government formed with Ajit Pawar lasted only 80 hours. Raut said, “…Anything can happen in politics. Maharashtra Deputy Chief Minister Ajit Pawar is now working shoulder to shoulder with Chief Minister Uddhav Thackeray. 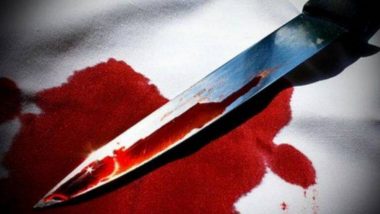 Khandwa (MP), June 13 : In Khandwa, Madhya Pradesh, a 19-year-old teenager allegedly thrashed a 52-year-old shopkeeper on his neck with a cutter for not changing his mobile phone in broad daylight. The incident took place on Saturday at a mobile shop and its video was captured in the CCTV camera, after which the accused was arrested within about eight hours of the incident. Khandwa Superintendent of Police Vivek Singh said on Sunday that Kaushal Shah, an accused in the murder of mobile shopkeeper Gulab Punjabi (52), has been arrested here on Saturday night.

He said that the accused is a goon and there are already many cases registered against him in the Kotwali police station here. Singh told that he had bought a mobile phone from Gulab Punjabi shop for Rs 1,000, which was damaged. He was repeatedly asking the shopkeeper to change the mobile phone. Also read: Mumbai: Dabangg of Shiv Sena MLA Dilip Lande, put the contractor on the road for not cleaning the drains, got garbage dumped on his head – watch video

When the shopkeeper refused to change, he killed Gulab Punjabi with a cutter kept in the shop and fled from the spot. He said that to trace this blind murder, the police looked at the footage of the CCTV camera in which the accused was seen absconding after committing murder, after which the accused was nabbed.

#WATCH | Mumbai: Shiv Sena MLA from Chandivali, Dilip Lande makes a contractor sit on water logged road & asks workers to dump garbage on him after a road was waterlogged due to improper drainage cleaning

He says, “I did this as the contractor didn’t do his job properly” (12.6) pic.twitter.com/XjhACTC6PI

Will Salman and Akshay be seen together in DHOOM 4? tweet went viral

Sunny Leone distributes food among the poor, people are praising it for the noble cause