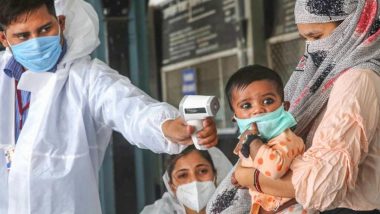 New Delhi: Now the pace of Coronavirus has slowed down in India. On Friday, 62,480 new cases of infection were reported across the country and 1,587 people died due to Kovid in 24 hours. This figure is the lowest in the last two months. But despite this, there is a danger of the third wave of corona virus coming in India. Before the possible third wave of Kovid, the Center and many state governments are taking steps to improve and equip hospitals from villages to cities. COVID 3rd Wave: 6 crash courses started in 26 states to prepare 1 lakh frontline corona warriors, PM Modi launches Maha Abhiyan

Experts have expressed the possibility that in the coming few weeks, due to the Delta Plus variant, there may be a third wave of corona epidemic in many states of the country. Along with this, the speed of infection will also double according to the second wave. That is, if the Kovid-19 guidelines are not strictly followed already, then many states may be hit by the third wave even before exiting the second wave.

According to experts, the only way to prevent the corona epidemic is large-scale vaccination and proper adherence to corona guidelines. The World Health Organization has already said that out of the three B.1.617 Kovid-19 variants first detected in India, only one B.1.617.2 is now a “cause of concern” and the remaining two variants are spreading the infection. The rate is very low. The B.1.617 variant was first found in India and is divided into three variants B.1.617.1, B.1.617.2 and B.1.617.3. The United Nations health agency WHO has named the variants B.1.617.1 and B.1.617.2 of the corona virus first found in India as ‘Kappa’ and ‘Delta’ respectively.

After 4 months in Britain, the maximum number of 11 thousand cases of infection were registered in a day.

There were 11,007 cases of corona infection in Britain, which is the highest since 19 February. 12,027 cases were reported that day. Government Chief Medical Adviser Professor Chris Witty said the increase in infection cases is temporary but will certainly increase the burden on hospitals. Along with this, the death toll may also increase. However, the UK government is considering extending all lockdown restrictions by four weeks after June 21 amid a steady increase in cases of the delta variant of Kovid-19. Last week Public Health England (PHE) learned that the cases of the first identified delta variant (B1.617.2) in India have increased from about 30 thousand to 42,323 in a week.

According to the WHO, cases of Kovid-19 in Africa are increasing by 20 percent on a weekly basis, as most countries of the continent go through the third wave of this epidemic. The data indicated that Africa’s new COVID-19 cases rose to more than 116,500 in the week ending June 13, up from 91,000 in the previous week. While 22 African countries experienced a more than 20 percent increase in infections of the deadly virus in the week ending June 13, 36 countries saw a 15 percent increase in the death rate in the same week.

More than 38.4 lakh people died due to corona all over the world

According to the data released by Johns Hopkins University, the cases of corona in the whole world have increased to 1773 million. So far, more than 38.4 lakh people have died due to this epidemic. In its latest update on Friday morning, the University’s Center for Systems Science and Engineering (CSSE) revealed that the current corona cases and death toll are 177,355,602 and 3,840,181 respectively. The US remains the most affected country in the world with the highest number of cases and deaths at 33,508,384 and 600,933 respectively. While India ranks second in terms of corona infection with 29,700,313 cases. (with agency input)

Shocking! The woman killed her husband in self-defense, then cooked his penis in a frying pan, know where this incident happened