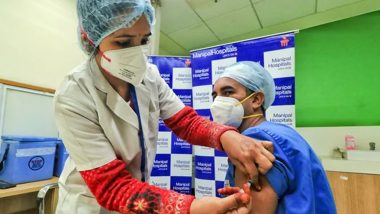 New Delhi: The government on Tuesday said it was evaluating the implementation of the decentralized model of vaccination since its inception on May 1 and the decision to re-centralize it was taken after requests from some states and detailed deliberations. . The government’s remarks came amid claims by the opposition that the policy was changed due to the intervention of the Supreme Court. Prime Minister Narendra Modi had announced on Monday that the Center would take over the procurement quota of the states and vaccines would be made available to the states free of cost for people above the age of 18 years.

When asked whether the new immunization guidelines were issued after the intervention of the Supreme Court, NITI Aayog member (health) VK Paul said, “We respect the Supreme Court’s guidance and concern, but the government will be on May 1. was evaluating the implementation of the decentralized model from Paul said that during the last one month 12 states including Maharashtra, Kerala, Sikkim, Rajasthan, Jharkhand, Odisha and Andhra Pradesh requested that there should be centralized procurement of vaccines so that the program can be implemented in a concerted manner. Paul said such decisions are not made “overnight” and the new guidelines are based on consultation, analysis, feedback and experience with various stakeholders.

Referring to the new guidelines, Paul said states wanted to be involved in the implementation and procurement of the program and also had flexibility with regard to priority groups. He said, “Keeping this in mind, a system was created to increase the pace of vaccination and under that it was decided in May that 50 percent of the vaccines would be procured by the Center while 50 percent would be procured by the state and private sector.” Will.

He assured that the new guidelines will be instrumental in taking the vaccination program forward.

Regarding the situation of the epidemic, Paul said that the decline in new cases is due to discipline and social behavior. He said that there is discipline at all levels of the central and state and local government. Now we will be passing through a critical phase as restrictions are gradually eased so that the cases do not increase again, so we need to follow the appropriate covid behavior.

To prevent any further wave of corona in future, the government insisted on following appropriate COVID practices till the population is vaccinated. The government also stressed the need to avoid crowded conditions for a few months. However, some states have announced relaxation in the lockdown in view of the decreasing number of new cases.

AIIMS Director Randeep Guleria said, “We need to follow appropriate COVID practices till we can say that a significant portion of our population has been vaccinated. When enough people have been vaccinated. If natural immunity is developed then these waves will stop.He further said that there is no data or evidence to suggest that if the next wave of Kovid comes, it will affect children more.

Milkha Singh admitted to Chandigarh’s PGIMER is better than ever, oxygen level is also fine 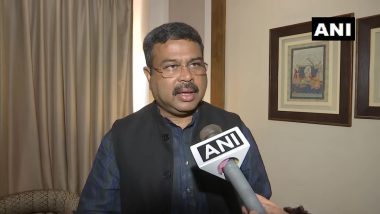 Dehradun, June 13: Leader of Opposition and senior leader of Uttarakhand Congress Dr. Indira Hridayesh passed away today due to heart attack. All the countrymen are saddened by his death. Meanwhile, former Congress President Rahul Gandhi has also expressed his condolences by tweeting. He tweeted and wrote, ‘Sad news of the death of Dr. Indira Hridayesh ji, a strong link of Congress party in Uttarakhand. She worked till the end for public service and Congress family. His social and political contributions are an inspiration.

Received the sad news of the demise of Dr Indira Hridayesh ji, a strong link of the Congress party in Uttarakhand. She worked till the end for public service and Congress family. His social and political contributions are an inspiration.

Condolences to their loved ones. pic.twitter.com/b8KmeSCoqw 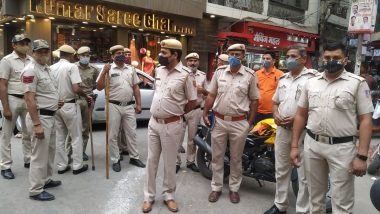 Madikeri (Karnataka), June 13 : A 50-year-old mentally challenged man was allegedly thrashed to death by policemen in Madikeri city last week for violating lockdown rules. A senior police official said on Sunday that eight policemen have been suspended following the incident. Karnataka Southern Range Inspector General of Police Praveen Madhukar Pawar told reporters here that a case was registered against the policemen on the complaint of Robin D’Souza, the brother of the deceased.

He said that the Deputy Superintendent of Police of Virajpet submitted a report against eight policemen, on the basis of which all of them have been suspended. Pawar said, “Investigation is being done by the sub-divisional officer (SDM). As per the guidelines of the National Human Rights Commission, we are handing over the matter to the CID.” Family members told that Roy D’Souza was mentally challenged and was living with his mother while his brother Robin was in Bengaluru. Also read: Mumbai: NCB raids Bakery in Malad, cake-pastry mixed with drugs and supplied to high profile people

They told that Roy ran away from his house late on June 8. The policemen saw him roaming around and questioned him for violating the rules of lockdown and beat him up. The family said that on the morning of June 9, his mother was called to the police station, where Roy was lying unconscious. He was first taken to the local private hospital and then to the district hospital where he died. He told that as soon as he got information about the incident, Robin came to Madikeri and lodged a complaint with the Superintendent of Police, Kshama Mishra.