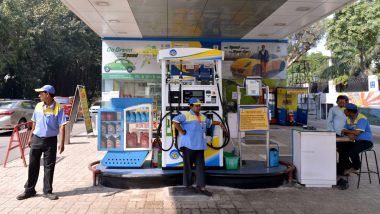 Chandigarh, June 11 : The Congress on Friday held symbolic protests at petrop pumps across Punjab and Haryana against the hike in the price of petrol and diesel and demanded immediate withdrawal of the hiked prices. Senior party leaders said that apart from petrol and diesel, the prices of items of daily use like cooking oil, cooking gas have also increased manifold. Congress demonstrated at various places in both the states including Amritsar, Mohali, Kurali, Patiala, Bathinda, Ludhiana, Jalandhar, Panchkula, Hisar, Gurugram, Kaithal, Ambala, Panipat, Karnal, Fatehabad, Rohtak and Faridabad. In Amritsar, some protesters set an old car on fire. He said that he wanted to send a message to the central government that the common man could no longer afford to own a vehicle due to the rise in fuel prices.

Congress workers demonstrated with placards ‘Jumlon ki Sarkar’, ‘Tel ki Maar’ and ‘Tel ka Khel’ and demanded the Center to withdraw the hiked prices. In Panchkula, Congress workers through street plays tried to explain the suffering caused to the common man due to the increase in the price of fuel and other essential commodities. Some activists protested with bullock carts and legs. Congress General Secretary Randeep Singh Surjewala led the protest in Kaithal, Haryana. During this, a tractor was seen pulling a bullock cart. Also read: BJP Targets AAP: BJP calls Delhi government’s door-to-door ration scheme a ‘jumla’, challenges to formulate a new scheme

Surjewala said that the prices of petrol and diesel are increasing at a time when the people of the country are fighting the pandemic. He said that the sharp rise in fuel prices has adversely affected various sections of the society including farmers. Haryana Pradesh Congress President Kumari Selja led the protest in Ambala City. He said the BJP-led government was “insensitive” to the suffering of the common man and was burdening them at a time when they were already going through difficult times. Punjab Pradesh Congress President Sunil Jakhar, who led the protest in Kurali, said, “The arrogant government at the Center is continuously increasing fuel prices instead of providing relief to the people in the time of current crisis.” Also read: Delhi: Maximum speed limit fixed for vehicles in Rajdhani, Delhi Traffic Police released a new list

He said, “During the tenure of the Congress-led UPA government, the price of crude oil in the international market was very high, yet the price of diesel was Rs 50 per liter which has now become around Rs 90 per liter while the price of petrol is Rs 100. Jakhar said, “Despite the high price of crude oil in the international market, the then government led by Dr. Manmohan Singh did not pass the burden on the general public, but now under the tenure of Modi government. Punjab Congress leader Rajkumar Varka said that the rapid increase in the price of petrol and diesel has broken the back of the common people amid the Kovid-19 epidemic. 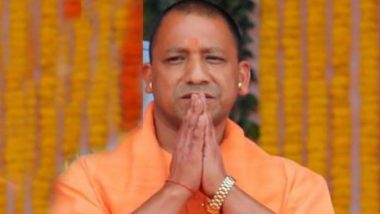 Officials said that the Chief Minister reviewed the outline of the construction of a 30-bed hospital building at a cost of about Rs 53.46 lakh on the vacant site in the hospital premises and inspected the site.

He told that keeping in view the possible third wave of corona in this, 15-bed and three-bed ICU ward is being made for children.

Officials said that during the inspection, Chief Minister Yogi Adityanath saw the oxygen plant platform built in the hospital and directed to set up an oxygen plant at the earliest. 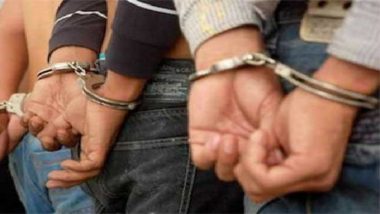 Chandigarh, June 18: Haryana Police on Friday said that it has arrested two members of a gang who duped people on the pretext of getting government jobs. Police said that both the members Arjun Tak and Vinod Kumar are residents of New Delhi while Manoj, a resident of Mathura district of Uttar Pradesh and third member of the gang is absconding. Raids are being conducted to nab him. A Haryana Police spokesperson said that after the action taken by the police in Palwal district, hundreds of fake appointment letters, 750 envelopes of judicial and forest departments, 234 speed post tickets, four fake tickets, four mobile phones, 18 SIM cards, one printing Machine, Rs 12,000 in cash and other material have also been recovered.

“Preliminary investigation revealed that the gang received lakhs of rupees from several applicants either by giving fake appointment letters or on the pretext of providing letters bearing official seals and signatures,” he said in a statement.

Also read- Country News | Haryana government announced a one-time assistance of Rs 5,000 to the laborers, shopkeepers affected by the epidemic.

A case was registered under relevant sections of the IPC after a person had complained to the Palwal court about fraudulent appointment letter for the post of peon, the statement said.

A joint team was formed under the supervision of a DSP level officer to expose the matter. Police said that the team arrested the main accused Arjun and his associate Vinod with the help of cyber cell and intelligence inputs.

Malappuram, June 18: Jailed Malayali journalist Siddiq Kappan’s ailing mother Khadijakutty (91) died at her home near Vengra on Friday. Kappan was arrested on October 5 last year while on his way to Hathras in Uttar Pradesh. A Dalit girl was allegedly gang-raped to death in Hathras.

Kappan visited his ailing mother in February after the Supreme Court granted him five-day bail.

Police say they have arrested four people allegedly linked to PFI (Papul Front of India) in Mathura and they have been identified as Siddiq, a resident of Mallapuram, Atiq ur Rehman of Muzaffarnagar, Masood Ahmed of Bahraich and Alam, a resident of Rampur. happened.