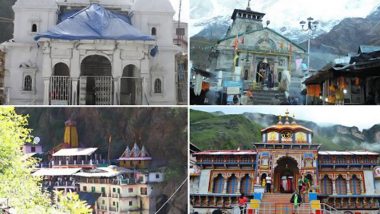 He informed that in the first phase, Chardham Yatra will be opened for the local people which means that residents of the districts of Chamoli, Rudraprayag and Uttarkashi will be able to visit these Dhams. Badrinath, Kedarnath, Gangotri and Yamunotri Dham are located in these districts. Maharaj said that if everything goes well in the first phase, then in the second phase, people from other districts of the state will be allowed to travel, while the passengers coming from outside the state will be allowed to come in the third phase with some restrictions. Will go

However, the minister said that everything will depend on the situation of Kovid-19. It will be possible to open the Chardham Yatra in a phased manner only when the rate of infection and death rate from corona virus continues to decline and the ongoing corona curfew in the state will end. Also read: Uttarakhand: With the opening of the doors of Char Dham, SOP issued regarding corona in temples

The Corona curfew, currently in force in Uttarakhand, ends at 6 am on June 8, but some restrictions may continue for now in view of the possibility of it being removed in a phased manner. The four Himalayan shrines have opened for regular worship in May itself as per their pre-determined schedule, but due to the second wave of Kovid-19, pilgrims have not been allowed to come to attend them.

Due to the epidemic, the Chardham Yatra started several months late last year and even after starting, the number of pilgrims was a little more than three and a half lakh due to many restrictions like bringing the Kovid test report 72 hours before. Maharaj told that he has also demanded a relief package for the tourism industry where people are facing livelihood crisis due to the corona virus epidemic.

He said that due to the negligible number of tourists due to Kovid-19, hotel owners, dhabas and vehicle operators have suffered a tremendous setback. Hotels in Mussoorie and Nainital, which were trying to get back on track after the epidemic subsided in February-March, had to cancel almost all their bookings due to the second wave of the recent epidemic.

Vehicle operators have also suffered due to the Kovid-19 restrictions of non-availability of tourists and half their capacity to accommodate passengers. Maharaj said that Chief Minister Rawat has shown a positive attitude on the demand for relief package and asked to submit a detailed report in this regard.

Rajasthan CM Ashok Gehlot told measures to deal with Corona, said- these 2 things have to be accepted 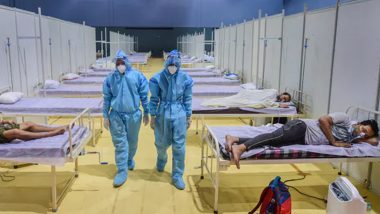 Bengaluru, June 13 : In Karnataka, the havoc of Corona seems to be decreasing rapidly. For the past few days, the number of people getting healthy has increased in comparison to new cases in the state. A total of 19785 new cases were registered in the state on Saturday while 21614 people returned home after recovering. In the last 24 hours, 144 patients died due to infection. The state health bulletin said that 9,785 cases were registered on Saturday. The number of corona victims in the state increased to 27,57,324, including 1,91,796 active cases, while 25,32,719 people have recovered. 21,614 patients were discharged in the last day. 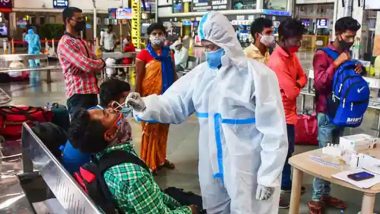 Guwahati, June 13 : After 3,463 new cases of Kovid-19 were reported in Assam on Saturday, the total number of infected people increased to 4,57,330 while the death toll increased to 3,915 due to the death of 42 more patients. The National Health Mission (NHM) of Assam gave this information.

The number of patients under treatment for Kovid-19 (COVID-19) in the state has increased to 43,298. In Assam, 5,600 patients have become infection free in the last 24 hours. So far, 4,08,770 people have defeated the infection of this deadly virus in the state. Also read: Corona curfew extended till June 21 in Goa to save from rising cases of COVID-19

The infection rate has gone up to 3.66 percent. According to NHM, 47,51,926 doses of anti-Covid vaccine have been given in the state so far.

Ambala: Police and excise team recovered illegal liquor, DSP said – from where these 2 trucks have been brought, it will be investigated-

“Probe is underway,” says police. No arrest has been made so far. pic.twitter.com/e9GYBlTDec