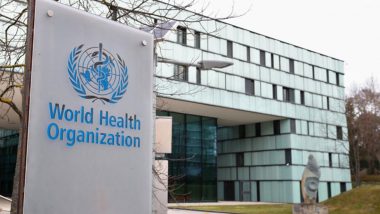 GENEVA, 18 June : According to a report by the World Health Organization (WHO), caesarean sections are on the rise worldwide and will account for 29 per cent of all births by 2030. At the same time, it has also been said that there may be an increase in the number of medically unnecessary, harmful procedures. Worldwide the C-section birth rate, which was around 7 percent in 1990, has increased to 21 percent now. But access is still lacking in many countries, especially in less developed countries, where about 8 percent and just 5 percent of women in sub-Saharan Africa have given birth by C-section.

While a C-section is a necessary and life-saving surgery, its use when there is no medical need can still put women and babies at unnecessary risk of short-term and long-term health problems. Dr. Ian Esque, Director of the WHO’s Department of Sexual and Reproductive Health and Research, said, “Caesarean section is absolutely vital to save lives in situations where vaginal delivery may pose a risk, so all health systems should provide support for all women when needed. Timely access should be ensured. Askew said, but not all caesarean sections performed at this time are necessary for medical reasons. Unnecessary surgical procedures can be harmful to both a woman and her baby. By 2030 the highest rates are likely to be in East Asia (63 percent), Latin America and the Caribbean (54 percent), Western Asia (50 percent), North Africa (48 percent), Southern Europe (47 percent) and Australia and New Zealand ( 45 percent), the study noted. Also read: COVID-19: The number of people who died of Kovid-19 in Ladakh reached 200

The results, published in BMJ Global Health, are based on national-representative data from 154 countries around the world from 1990 to 2018. C-sections also include increased chances of heavy bleeding or infection, slower recovery after childbirth, delayed breastfeeding and skin-to-skin contact, and increased chances of complications in future pregnancies. WHO also underscores the importance of focusing on the unique needs of each woman in pregnancy and childbirth. Ana Pilar Betran, medical officer at WHO and HRP, said it is important for all women to receive adequate information, including risks and benefits, to be able to speak to healthcare providers and make decisions about their birth. Emotional support is an important aspect of quality care during pregnancy and childbirth.

Shocking! The woman killed her husband in self-defense, then cooked his penis in a frying pan, know where this incident happened