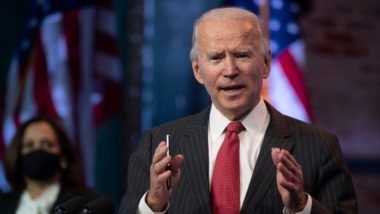 Putin said there was “no animosity” during the talks, which ended in less time than expected. Both sides had said that they expected the meeting to last four to five hours but the meeting between the two leaders lasted less than three hours. This included a preliminary meeting in which both the president and the two had top aides. After the meeting ended, Putin held a one-on-one press conference to explain the results, while Biden addressed reporters separately. Putin acknowledged that Biden raised human rights issues with him, including the case of opposition leader Alexei Navalny. Putin defended Navalny’s prison sentence and repeatedly asked questions about his mistreatment of Russian opposition leaders, referring to the domestic turmoil in the US including the ‘Black Lives Matter’ protests and on the capitol on January 6. Violence is involved.

Putin said he and Biden agreed to start talks about a new ‘START’ treaty limiting nuclear weapons that could potentially replace it after it expires in 2026. Washington halted talks with Moscow in 2014 in response to Russia’s annexation of Ukraine’s Crimea and support for separatists in eastern Ukraine. Talks resumed in 2017, but did not succeed in expanding the new START treaty during the Trump administration. The Russian president said they had agreed to send their ambassadors back to their respective deployments. The two countries had in recent months withdrew their top ambassadors from Washington and Moscow due to deterioration in relations. Russian Ambassador to the US Anatoly Antonov was recalled from Washington nearly three months ago after Biden called Putin a murderer. US Ambassador to Russia John Sullivan left Moscow about two months ago. Putin said ambassadors are expected to return to their posts in the coming days. Also read: America: Thousands of Indian students have taken visa ‘appointments’ in July, August – US Embassy

Putin also said that the two sides have agreed in principle to start consultations on cyber security issues. However, he denied US allegations that the Russian government was responsible for recent high-profile hacks against business and government agencies in the US and around the world. The meeting between Biden and Putin on Wednesday took place in a Swiss mansion on the banks of a lake. The meeting took place at a time when both the leaders said that the relations between their countries were at the lowest level ever. Before the start of the meeting, both the leaders briefly appeared before the media and termed it as a meeting between two great powers and said that face-to-face meeting is always better. Putin said he hoped the meeting would be fruitful. However, during this time both the leaders were seen avoiding looking directly at each other in front of the cameras.

This Spanish man killed his mother and ate the dead body, know why he did this ..