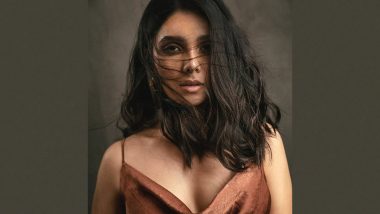 Actress Rashmi Agdekar always talks about social restrictions and issues in a frank manner without hesitation. The actress made her acting debut in 2017 with the web series Dev Di Di where she played the character of a lesbian, after which she has understood LGBTQ society in a very good way inside and outside. After Dev Di Di web series, the actress appeared with Ayushmann Khurrana in the film Andhadhun.

Rashmi Agdekar has always been raising her voice for right and against wrong. Recently Madras High Court has taken a progressive step supporting the LGBTQA+ community, suggesting changes in school and university curriculum to make students aware of ‘LGBT QA’. Has been given. Which Rashmi Agdekar fully supports. Also read: West Bengal Politis: Mukul Roy arrives in Kolkata with son Subhranshu Roy to return home, CM Mamta Banerjee will hold a press conference in a while

Actress Rashmi Agdekar says, “This is an important and right step which is involving the LGBTQA community. In this, along with correct and accurate information about this community from a young age, awareness will also increase among the children and in time they will adopt the people of this society around them. After all, children are the future of this world. Rashmi Agdekar proudly supports the idea of ​​Madras High Court for this community which can strengthen the country from the root in future.