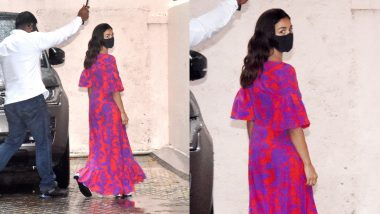 According to media reports, only 3 days of shoot is left for this film. By the way, this film is to be released in theaters on July 30 this year. But due to the lockdown, now its release date may be pushed back.

Stunt twin Anbareev, who won the National Award for his stunt choreography in the blockbuster KGF: Chapter 1, has been roped in to stunt in Kamal Haasan’s Vikram, which is being directed by Lokesh Kanagaraj. The duo had previously worked with the director in the Karthi-starrer Kaithi, which is also popular for its stunts. The master filmmaker tweeted the news on his Twitter page and wrote, “Welcome onboard @anbariv Masters @ikamalhaasan @RKFI #Vikram.” He also shared a picture of the renowned stunt choreographer at Ulaganayagan’s office in Chennai with Kamal Haasan and himself.

Vikram is said to be an action entertainer and Fahadh Faasil and Vijay Sethupathi are reportedly playing pivotal roles in the film. While Fahadh had confirmed his participation in the project during an interview with the media, the inclusion of Vijay Sethupathi, who played the antagonist in the director’s previous film, Master, is still a speculation. Recently, there was buzz that Arjun Das, who got his big break in the role of villain in Kaithi and also appeared in a pivotal role in Master, has also been roped in for a pivotal role in Vikram.

Inflation: Wholesale inflation hits record high of 12.94 per cent due to costlier fuel