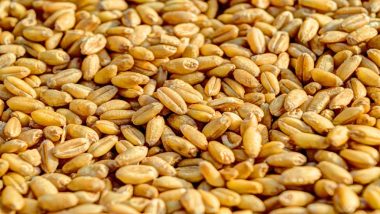 New Delhi, June 10: India’s exports of agriculture and allied products grew by 17.34 per cent to $41.25 billion in the year 2020-21 and the growth momentum is expected to continue in the current fiscal as well. A top government official gave this information on Thursday. Commerce Secretary Anoop Wadhawan said that a huge increase has been observed in the export of cereals, non-basmati rice, wheat, bajra, maize and other coarse cereals. The largest markets for India’s agricultural products are the US, China, Bangladesh, United Arab Emirates, Vietnam, Saudi Arabia, Indonesia, Nepal, Iran and Malaysia. He also pointed out that for the first time there have been exports from many cones, for example, fresh vegetables and mangoes were exported from Varanasi and black rice was exported from Chandauli. Exports of only agricultural products (excluding marine and plantation products) increased by 28.36 percent to $ 29.81 billion in 2020-21, as compared to $ 23.23 billion in the year 2019-20.

Wadhawan said, “Agriculture exports have performed well during the year 2020-21. After remaining stagnant for the last three years ($38.43 billion in 2017-18, $38.74 billion in 2018-19 and $35.16 billion in 2019-20), exports of agriculture and allied sectors during 2020-21 (marine and plantation produce) to $41.25 billion, an increase of 17.34 per cent. In addition, 18 states, including Maharashtra, Kerala, Nagaland, Tamil Nadu, Assam, Punjab and Karnataka, have committed to implement the agriculture export policy. has finalized its specific action plan.

As part of the policy, 46 unique product-district clusters have been identified and 29 cluster level committees have been constituted for export promotion. The Department of Commerce, in collaboration with the Department of Agriculture, is making market access efforts for many Indian products. India has recently identified a market for pomegranate in Australia. Also in Argentina mango and basmati rice; Carrot seeds in Iran; Markets have been found for wheat flour, basmati rice, mango, banana and soybean cake in Uzbekistan, tomatoes, okra and onions in Bhutan and oranges in Serbia.

The commerce ministry said in a statement that the problem of pesticide residue contamination has affected basmati rice exports to the EU, as stringent norms have been imposed by the EU for chemicals such as tricycloazoles and buprofezin. In India, they are used extensively in paddy cultivation. Export Inspection Council (EIC) testing has been made mandatory for Basmati exports to the European Union, which has reduced the cases of caution in export products. As a result of this, Punjab banned the sale of nine chemicals, including Tricyclozol and Buprofezin, during the Kharif season 2020, the statement said. 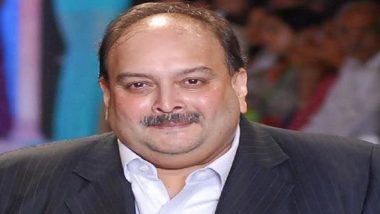