New Delhi, June 18: The United Kisan Morcha (SKM) on Friday alleged that the central government was “defaming” the farmers agitating against the agriculture laws and that would not happen if the government was hoping that the agitation would end. 40 farmer organizations are protesting under the leadership of United Kisan Morcha. The SKM claimed that several state governments stood firmly with the movement and more farmers had reached the protest site on the borders of Delhi to join the movement. Thousands of farmers, mainly from Punjab, Haryana and western Uttar Pradesh, have been protesting at the borders of Delhi for more than six months, demanding a repeal of three agricultural laws and legislation to guarantee the Minimum Support Price (MSP). .

The United Kisan Morcha said, “No opportunity is being left to defame the protesters. However, their policy will fail this time too.” The statement said, “What the farmers are demanding is that their fundamental right to livelihood should be protected. In a democracy, it is expected that the government will accept their legitimate demands. Instead, the BJP-led government is unnecessarily prolonging the movement, maligning it and hoping that it will end like this. that’s not going to happen.”

Also read- Farmers Protest: Deputy Chief Minister Dushyant Chautala’s big allegation, said- Farmers’ movement is not about the demands of the farmers, but to oppose the government

The United Kisan Morcha claimed that several BJP leaders are asking the central government to address the farmers’ issue. “The Chief Minister of Tamil Nadu (MK Stalin) recently raised the issue of repeal of all three agricultural laws in a memorandum to Prime Minister Narendra Modi. Maharashtra is also in the process of amending its law to neutralize the ill effects of central laws on farmers.

The Chief Minister of West Bengal (Mamata Banerjee) has also been continuously saying that the demands of the agitating farmers should be met. In some other states, governments of other parties are also standing with the farmers’ agitation.” The United Kisan Morcha claimed that hundreds of farmers from Jaspur in Uttarakhand reached the Ghazipur border on Thursday and a large convoy led by Bhakiyu (Tikait) for five days. After walking till Ghazipur reached the border on Friday. 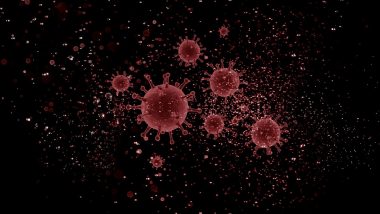 New Delhi, June 18: On the 154th day of the vaccination campaign against Kovid-19, India achieved a significant milestone and the total number of doses administered in the country so far exceeded 27 crores. The Health Ministry gave this information on Friday. The ministry said that on Friday, 19,43,765 beneficiaries in the age group of 18-44 were given the first dose while 77,989 people were given the second dose. A total of 5,15,68,603 people in the age group of 18-44 have received the first dose while 11,40,679 people have received the second dose since the start of the third phase of the vaccination campaign across the country.

The ministry said that in Assam, Bihar, Chhattisgarh, Delhi, Gujarat, Haryana, Jharkhand, Karnataka, Kerala, Madhya Pradesh, Maharashtra, Rajasthan, Tamil Nadu, Telangana, Odisha, Uttar Pradesh and West Bengal in the age group of 18-44, more than 10 lakh More beneficiaries have been given the first dose of the vaccine. According to the provisional data collected till 7 pm, a total of 27,20,72,645 doses of Kovid vaccines have been given across the country so far.

Wipro will introduce Merit Based Increment (MSI) for all eligible employees up to Band B3 (Assistant Manager and below) with effect from September 1, the company said in a statement. He said that the company had announced to increase the salary of about 80 percent of the eligible employees falling in these band categories on January 1, 2021. This is the second salary hike this year.

The company said that as announced earlier, all eligible employees of all Band C1 (manager and above posts) will get the benefit of increment from June 1.

However, the company did not give information about the total salary hike. Wipro usually hikes salaries during June.